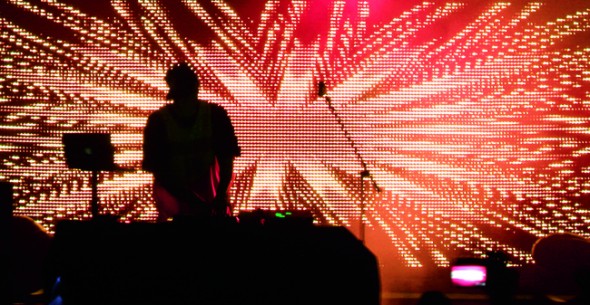 “It will be only a matter of time—months rather than years—before the music business establishment completely folds. [It will be] no great loss to the world,” said Thom Yorke in 2010, regarding the imminent demise of the music industry.  And at that moment, he was indeed displaying a very keen sense of the obvious. Over the course of one historic decade starting in the late ’90s, signaled by the invention of a file-sharing program called Napster—now considered to be an archaic antecedent to modern downloading and streaming—the Internet razed the music industry to the ground. The same institutions that were once considered impenetrable culture-shaping behemoths became, throughout those years, emblematic of bygone metrics of artistic achievement representative of times long-passed, in which musicians with any sense of ambition strove toward a common goal: to get signed to a major record label and have their music subsequently purchased by the masses in a physically commodified form.

When digital music began to challenge and downright commandeer tried-and-true methods of production and distribution, despite efforts by the likes of labels, management companies and fellow artists (ahem, Metallica and their now laughable suit against Napster) to stymie this inexorable march, the industry came to a veritable standstill. Anemic CD sales combined with a rapidly shrinking market for high-gloss, spectacularly produced and groomed talent, created a power vacuum. The remaining void was in turn filled by a pedestrian class of record labels, musicians, producers, and visual artists, who were bestowed, thanks to a confluence of things, with the tools needed to scale the same artistic heights as those their canonised predecessors reached—only within the comfort and cost-efficient confines of their own bedrooms.

The seeds of this coup, to be exact, were sewn through the invention of the MP3 by the German research institute Fraunhofer-Gesellschaft. The MP3’s advent, combined with the exponentially rapid advancement of bandwidth technology, meant that audio files previously considered fathoms too large to download without losing their structural integrity—a typical CD track consumes 35 megabytes of disc space for example—were eventually compressed down to 3 megabytes, without having to forego sound quality. As a result music became cheaply and instantly available to all but those with the slowest Internet connection. This was the lynchpin in what would eventually become the digital age in music. The next steps forward for this new movement would prove to be quantum leaps, signposting to a previously marginalised artistic community that there were avenues by which their music could be showcased with the flip of a switch and the press of a button. 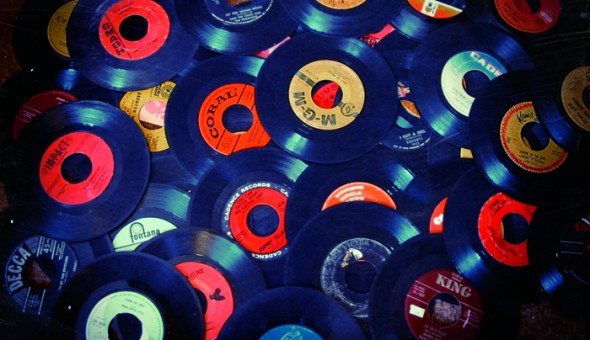 By the early ’00s, a “perfect storm” began to brew, involving the proliferation of highly advanced music recording and editing software. In addition was the unparalleled rise in popularity of Apple Inc. as the eminent purveyor of technological tools by which to run these software programs efficiently, as well as a culture-maker with regards to portable electronic media players (Who could resist those tiny, colourful iPods that could hold one’s entire library yet were small enough to carry in a change purse?). By 2003, the digital movement had reached its tipping point with the creation of iTunes, the first legal music downloading application, and was now a revolution. Piracy could no longer be pinned as the primary source of the industry’s decline. In the blink of an eye, total systemic disintegration was happening across the spectrum. Anyone and everyone possessing even an ounce of creativity and ambition was producing and sharing music of relatively high calibre and quality for almost no cost.

Thanks to this early catalyst, which irrevocably changed the business model of the music industry, people were no longer opting to buy $20 CDs when they could select their favourite tracks off of an album to be purchased for $1 instead. At the same time, digital marketing was beginning its climb toward fever pitch with social media sites like Facebook, Twitter, Bandcamp, and Soundcloud allowing artists to unmoor themselves from traditional marketing and distribution conventions and create their own spheres of influence. Previously infallible music execs were shaking in their boots as shares plummeted before their eyes. The mainstream cohort of labels in the US had record declines in revenue from music sales, from $14.6 billion in 1999 to $6.3 billion in 2009, the International Federation of the Phonographic Industry reported; Universal and EMI were essentially forced to merge; artists increasingly bowed out of record deals in favor of independent, self-directed business plans. Even rock icons like Radiohead were ditching their labels and self-releasing albums online, allowing fans to pay what they wanted for a download. It was beginning to appear as if Thom Yorke’s prediction was coming home to roost, right on schedule.

Apparently though, the music industry, like a cat, lands on its feet even after falling from an illustrious $39 billion perch (global music sales from a decade ago, according to the Federation). Legal music streaming services like Spotify and Pandora, amongst others, which were established in the mid-to-late ’00s, began to gain speedy momentum over the past few years, replacing downloading as an easy way to hear just about anything one could want for a low monthly subscription fee. These subscription-based offerings are now growing exponentially (an astonishing 44% from last year for Spotify), and are providing the industry, which receives licensing revenue from each stream, with what has perhaps been a life-saving shot of adrenaline.

Some things stay the same, of course. Artists still continue to make almost nothing off of their music sales (less than one cent per play on Pandora). Instead, they hope for endorsements, royalties from commercial usage, as well as profits from high-end merchandise like deluxe, limited-edition and collectible LPs, posters and album art. However, this year, for the first time since 1999, the music industry as a whole reported an increase in sales from the previous year. Though it was only a 0.3 percent change—a meager $16.5 billion in revenue—it is something to shake a stick at after a decade of stagnation. And this boost can ironically be attributed to services the Internet—once the enemy of the industry—is offering up. Says the chief executive of Sony International, Edgar Berger, “At the beginning of the digital revolution, it was common to say that digital was killing music, [and now] digital is saving music.” It is a long-overdue comeuppance that many thought would never come.

Article by Marianne White for The Untitled Magazine ‘Music” issue 6