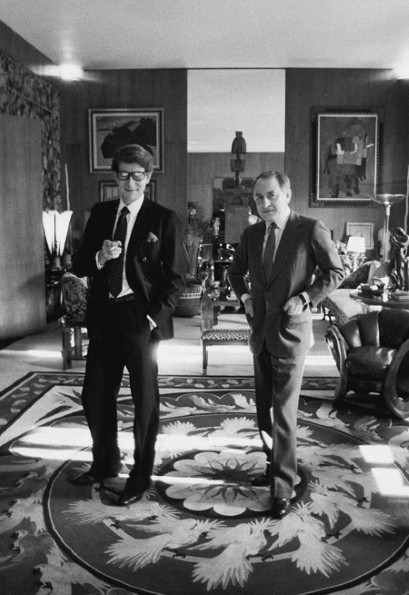 The relationship between Yves Saint Laurent and Pierre Bergé that spanned fifty years will once again be featured on the silver screen. Their relationship will be the focus of a new film directed by Jalil Lespert, just two years after the documentary about the couple and their art collection,  L’Amour Fou directed by Pierre Thoretton, came out.  However, unlike the previous film, according to WWD, Pierre Bergé has given the latest film project his express approval. The two met and fell madly in love with each other in 1958 while Saint Laurent still worked at Dior, and then went on to found his eponymous house of fashion together in 1962. By 1977, although they had begun to live separate lives and even inhabited separate floors in their Paris home, Bergé and Saint Laurent stayed together until the designer’s death in June 2008 at the age of 71 after a long battle with brain cancer. Lespert’s new film will paint an intimate, if fictionalized, portrait of one of fashion’s greatest love stories through all its ups and downs.  Bergé told lefilmfrancais.com, “I have often been proposed to make a fiction film about Yves and myself. I had never been convinced of the different projects. Jalil Lespert came to see me with his sensitivity, his enthusiasm, creative vision, I realized that I had before me the director that can tell this story. I said yes.”

It’s also rumored that another movie about YSL directed by Bertrand Bonello is in the works, which will focus on the brand’s launch and immense success during the sixties.