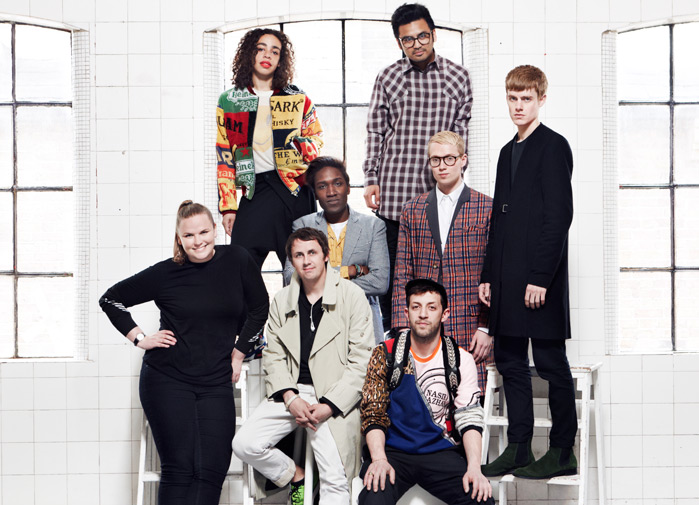 The recipients for SS14 are:

All recipients receive sponsorship and showcasing opportunities as well as tailored business and mentoring support, with a view to increasing the success of their business commercially and building relationships with key press and buyers.

Newgen Men began in September 2006, building on Topman and Fashion East’s successful Man initiative, and has supported designers including Christopher Shannon, James Long, J.W. Anderson and Sibling. It has been instrumental in raising the profile of emerging British menswear designers, previously through Menswear Day and now using London Collections: Men as a showcasing platform to promote the breadth of London’s menswear, style and culture to a global audience. DLA Piper is working with the BFC to provide legal and commercial advice to the designers which have been selected for Newgen Men SS14.

Caroline Rush, CEO of the British Fashion Council, commented, “The designers participating represent the best of Britain’s exceptional emerging talent and with support for six catwalk shows and one presentation; this season’s Newgen Men is set to be even more exciting than ever before. Special thanks go to Topman, whose on-going support for this initiative directly contributes to London’s brilliant reputation for diverse and outstanding creativity.”

Gordon Richardson, Creative Director, Topman, who was also on the selection panel, adds “The momentum, kudos and international support that London Collections: Men has gained so rapidly after such a small period of time play testament to the quality of the British Fashion scene and the rising stars it is producing. Newgen Men is fundamental in the nurturing process and this season is stronger than any other season with all the designers but one having graduated from the Topman & Fashion East MAN event. Agi & Sam are definitely hot names to watch but I’m also really looking forward to seeing what Astrid has created for SS14.“