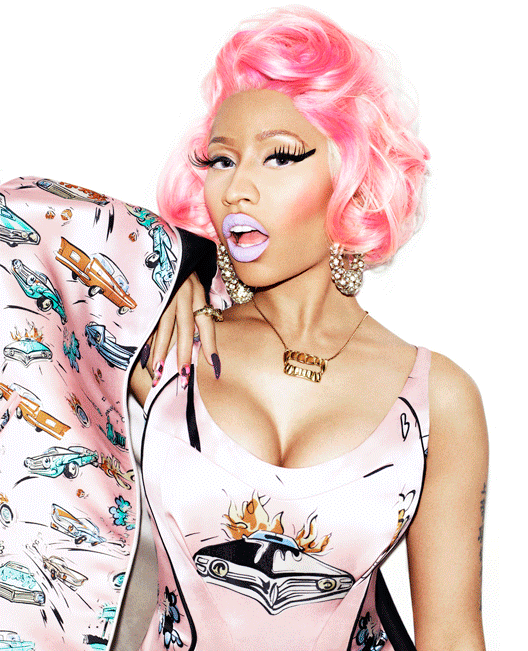 The fact that Nicki Minaj’s The Pinkprint is being released this month should be evaluated as a standard occurrence in a chain of events that outlines an artist’s career. Often, album releases are viewed as chances to display their ever-evolving musicianship to a weary and impatient public. But what makes this album important is what makes every album that Minaj releases important: her sustenance as a rapper is remarkable when the genre of hip-hop has always been revered as a boys club. What is even more fascinating is that Minaj’s image often projects way louder than her bars do. The idiom that women have to work twice as hard as men to obtain half of what they have isn’t groundbreaking. However, the sexualization of girls who want to grab a mic is disheartening. And while male rappers can proudly concoct an image that is readily accepted and praised by listeners regardless of how aggressive, hedonistic, or ignorant their lyrical content may be, women seemingly cannot afford the same luxury. Minaj is no different. People unfairly question her ability as a songwriter, mull over her fashion choices, and obsess over her body. Is Minaj in control of her sexuality or is she just another sullied prototype of what a modern-day female MC is supposed to encompass?

While female bodies have always been subjected to unwarranted and often predatory scrutiny, the dissection of black female bodies can be considered far more inhumane when placed in a historical context. Whether they were put on display in the form of Saartjie Baartman, exploited as vessels for reprehensible procreation during slavery, or being savagely depicted in minstrel shows, black bodies in this country have always signified otherness. By detaching them from Eurocentric conventions of beauty, black women become dehumanized and the idea of celebrating their trademarks (fuller lips, kinkier hair, palpable curves) almost seems laughable. So when Minaj released the cover for The Pinkprint’s lead single “Anaconda” featuring her very bare backside, the outrage that followed was wholly foreseeable. It was unfairly ostracized and perhaps the most shocking criticism came from the founder of AllHipHop Chuck Creekmur, who penned an open letter to Minaj summarizing his disappointment with the rapper’s failure to realize her status as a role model. Apparently for women, having sex appeal and still being considered a role model are two mutually exclusive concepts. She fiercely fired back (albeit through Twitter) that if she was a skinny white model posing for the likes of Sports Illustrated donning the exact same attire (or lack thereof), the backlash would have been non-existent. 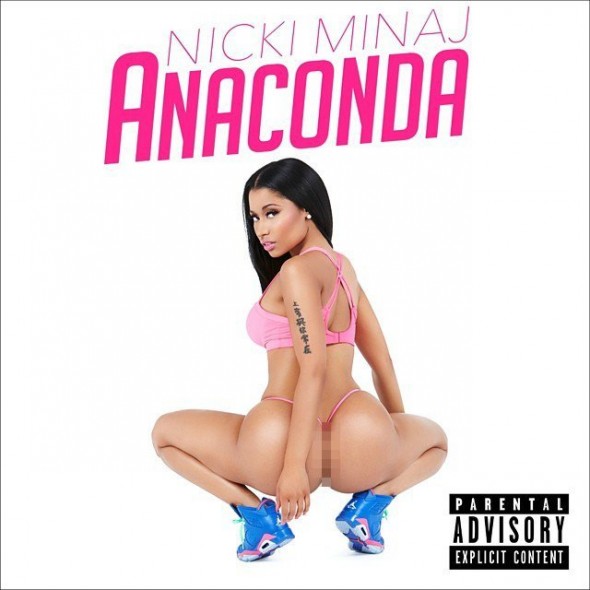 The video for “Anaconda” continued to push the boundaries of sexual provocation, but by hip hop’s standards it was virtually mild. The nearly nude dancers who maneuvered their way through endless amounts of twerking in “Anaconda” are no different than the countless other females who grace rap videos of primarily male artists. When a woman—especially an outspoken and unapologetically black one—is seemingly at the helm of her sexuality while possessing (and profiting off of) undeniable amounts of talent, it becomes a problem. While Iggy Azalea has been called out for her blatant cultural appropriation that manifested itself into a career, there was way less controversy when she was grinding backsides with J. Lo in their video for “Booty”; nor has her (subpar) rhyming skills been placed under a microscope the way that Minaj’s has. When Snoop Dogg decided to pick a bone with Azalea earlier this year in their now infamous online feud, he could have brought this glaring discrepancy to the social media forefront. Instead, he opted to mock her appearance then verbally assaulted her. Although his attack was completely unnecessary and one he later apologized for, it (along with Creekmur’s letter) demonstrates the power that men in hip hop have to initiate critical discourse regarding the treatment and disenfranchising of their female counterparts. But few do. Maybe some males are oblivious to the plight of Minaj and others like her. In reality, addressing this dilemma would mean relinquishing some of their power and influence to create a more level playing field. In this industry, those traits are equivalent to dollar signs and not many men are willing to jeopardize their financial complacency in exchange for gender equality. Of course, if you can’t count on dudes to have your back—then who do you count on? 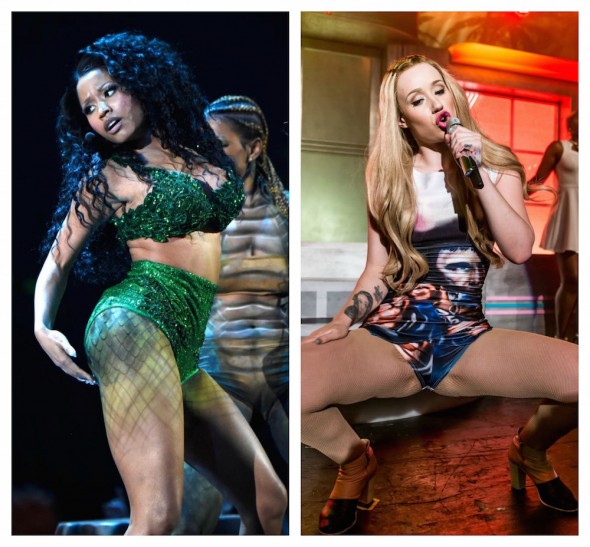 Minaj proudly boasts that she is the only female in Lil Wayne’s Young Money crew. While competition amongst contemporary female rappers is pretty scarce, the aforementioned Iggy Azalea is the biggest detractor of Minaj’s limelight. The two have never collaborated, and rumors of them disliking each other have been swirling ever since Azalea hit it big in the U.S. with her debut album, The New Classic. No one expects Minaj to be her biggest ally, but a sliver of solidarity would seem only natural since women in hip hop are consumed and disregarded at an alarming rate. One of Minaj’s most exciting moments this year was when she teamed up with Beyonce for an explosive remix of “Flawless.” This pairing seemed inevitable and Beyonce even makes an appearance on The Pinkprint. However, Beyonce has built her empire on being a singer and not an MC. Therefore, Minaj’s monopolization of rap remains intact on these songs because her status is never really threatened. The same goes for the Ariana Grande and Jessie J hit “Bang Bang” where Minaj made a cameo. She constantly revels in the sway of her sexuality. By contending her body as her biggest commodity, is Minaj abdicating it entirely for public consumption? Or is this just inexorable on the path of female success paved exclusively by men?

Minaj’s decision to temporarily abandon her pop resolve this year in favor of less savory (but raw) lyrics and delivery on songs like “Lookin’ Ass Nigga” and “Only” was a moment hip hop heads heavily anticipated and rejoiced over. She is conscious and impudent about her experimental foray into various genres and has previously stated that women should be unafraid to charter new musical territory. No matter what direction Minaj plans to take her career in next, her sexuality will always be lambasted because it is inextricably linked to who she is and what she sounds like. Perhaps what can be extracted from her continuous ownership of her body is what her entire career—not just a single album cover—emanates: voyeurism and fetishism will continue to plague the existence of black female bodies; our response to those detriments is what can help take away their power.

– Article by Candace McDuffie for The Untitled Magazine