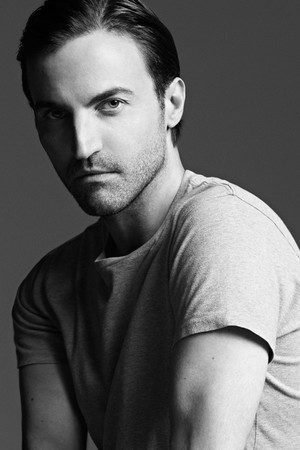 Nicolas Ghesquière, former creative director of Balenciaga, has been announced as the new artistic director of Louis Vuitton. Ghesquière takes the reins from Marc Jacobs, who relinquished the seat in early October, wanting to focus on preparations for a Marc Jacobs IPO.

Creative director of Balenciaga since 1997, Ghesquière transformed the Parisian fashion house over 15 years before being replaced by Alexander Wang in 2012. Ghesquière had been rumored as the hot pick for Louis Vuitton’s top spot since Jacobs’ contract was due to expire in 2014; LVMH originally denied the rumors after Luxury Society leaked an early reveal. Officially announced today as the shiny new AD, Ghesquière will unveil his first collection for Louis Vuitton next March.

The 42-year-old told Women’s Wear Daily, “Louis Vuitton has always incarnated for me the symbol of ultimate luxury, innovation and exploration… I am very honored of the mission that I am entrusted with, and proud to join the history of this great maison. We share common values and a vision.”

0
The Untitled Magazine November 4, 2013
No Comments Yet