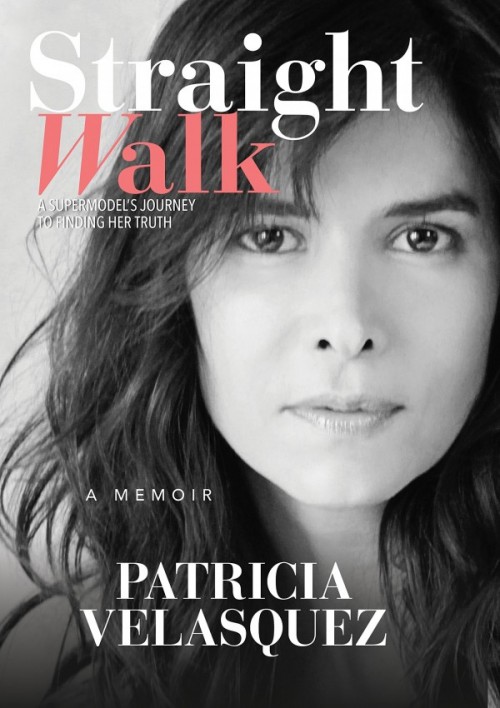 Venezuelan supermodel, actress, businesswoman and philanthropist Patricia Velasquez recently celebrated the release of her memoir, Straight Walk: A Supermodel’s Journey to Finding Her Truth (via Post Hill Press) about her remarkable coming out story and career on the catwalk. Her poignant account of working to lift her family out of poverty carries an empowering message of compassion and acceptance that encourages others to realize their own potential. As Velasquez stated, “After all of the hard work and energy that went into writing this book, it’s so nice to be able to celebrate the release…. I’m so grateful that I was able to have the chance to talk about my life and continue to hope it inspires others to walk their truth.”

Velasquez is a modern day renaissance woman with a resume that spans the runways of Chanel, Gucci, and Carolina Herrera to the covers of Cosmopolitan and Latina, and includes numerous film and television credits including The Mummy, Ugly Betty, and Arrested Development. She is a recognized UNESCO Artist for Peace whose philanthropic pursuits have extended to the foundation and management of The Wayuu Taya Foundation, which is dedicated to improving the living conditions of Latin American indigenous groups while maintaining respect for their cultures.

On March 3rd, Velasquez and many notable attendees including Ryan Philippe, Will Kemp, Anne Ramsay, actress and musician Rain Phoenix, dancer Adriana Fonseca, and Venezuelan actress and singer Maria Gabriela De Faria celebrated the release with a party at the glamorous Hollywood Roosevelt Hotel in Los Angeles, CA, the venue that hosted the inaugural Academy Awards in 1929.