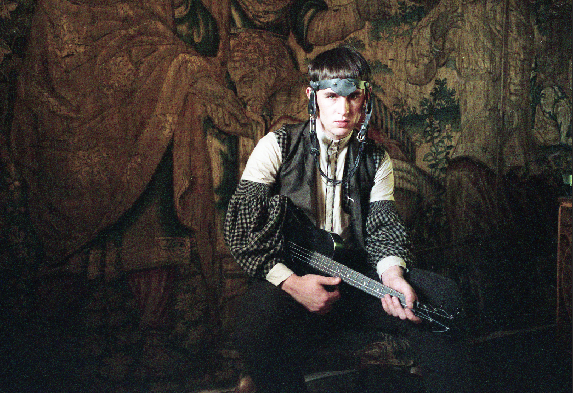 Patrick Wolf is set to release his new single ‘The Libertine” on April 8th. This is the second track to be taken from his latest album Sundark & Riverlight which was released in 2012. The new version of ‘The Libertine”  – originally to be found on his second album Wind in the Wires – was re-composed and arranged by Patrick himself for a string quartet and military snare drum and recorded at Peter Gabriel’s Real World studio last summer.

Inspired by the current spirit of activism for human rights, equality and freedom of speech Patrick recently collaborated with artist and controversial film Maker Matthew Lambert in Berlin on a music video that is due to be released in the run up to his single release.

Sundark & Riverlight marks and celebrates the ten year anniversary of Wolf making music and consists of re-recordings, new arrangements and updated lyrics of his songs from his last five albums. Totally self-produced and arranged, the songs are grouped into two stories:

Sundark is an album of his more solitary and darker material and Riverlight is songs about hope and relationships. Just having finished his february UK tour dates that included Prince Charles dropping by for a visit in Oxford, Patrick Wolf is currently preparing for his long awaited gig at the Queen Elizabeth Hall show in London on April 6th and we’re happy to confirm that Serafina Steer – a long term collaborator and friend of Patrick’s – has also just been added to the bill as his special guest.