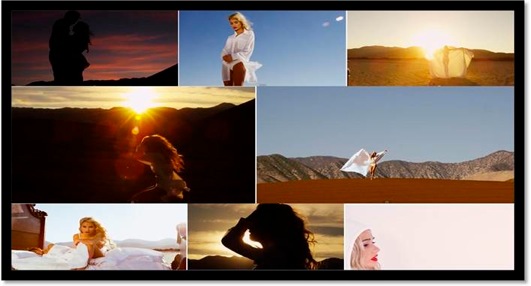 Singer-songwriter Pia Mia has teamed with Vevo for the premiere of her debut video “Red Love.” The video was shot in the Mojave Desert by director Damien Sandoval (The Dream) and serves as the companion clip to Pia’s new single which iTunes recently spotlighted with the top position in their “Ahead of the Curve” pop section.

The flurry of media activity surrounding “Red Love” arrives weeks after Pia lit up the internet with the release of a home video that showed her seated between Kanye West and Drake at a dinner party belting out an a capella cover of Drake’s “Hold On, We’re Going Home.” The clip was shot by Kim Kardashian and has already racked up more than a million views.

The Guam-born Pia originally built a diehard fanbase by posting cover songs on YouTube, amassing close to a quarter-million Twitter followers, almost a million Instagram followers and racking up more than 10 million YouTube views. She’s currently putting the finishing touches on an EP set for release on Christmas Day. “It’s a mixtape of songs I’ve been working on,” says Pia. “I want it to be a holiday gift for my fans.”