On Sunday, December 7th, 2014, Prince William and Kate Middleton arrived in New York City for a three-day trip. From visiting president Obama in DC to scoring front row tickets to a Brooklyn Nets game, among many other things, this brief visit was the royals’ first trip to the big apple. As the Duke and Duchess of Cambridge pulled up to the Carlyle Hotel, there was already a swarm of folks in the media and American supporters, all cheering behind police barricades across the street from the hotel. Unsurprisingly, the Carlyle is also where the late Diana, Princess of Wales and William’s mother stayed when she visited New York.

On Monday, William left for a quick DC get-away and met with President Obama at the White House. After his meeting, he attended a World Bank conference, where he spoke about the international necessity to end illegal trade in wildlife parks.

Meanwhile, Kate, who is currently five months pregnant, met with Chirlane McCray, Mayor Bill de Blasio’s wife. The two women visited a child development center in Harlem, where Kate mingled and did arts and crafts with the children who knew a “princess” was coming to visit. 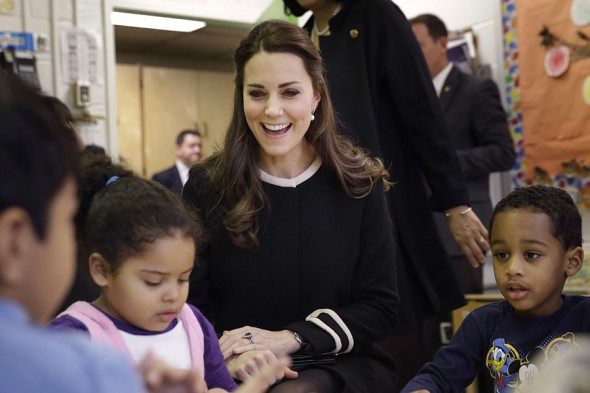 When William returned, the couple attended an event for the Tusk Trust and United for Wildlife partners, where they met former Secretary of State Hillary Clinton and daughter Chelsea Clinton.

The royals also braved through the rain and cold New York Weather and visited the National September 11 Memorial & Museum. 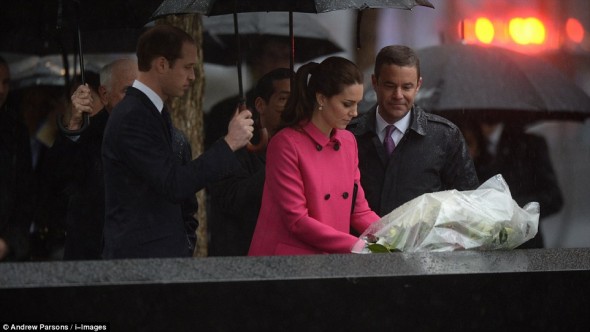 The couple ended their visit by attending a basketball game at the Barclays Center, where they met Jay-Z, Beyonce, and Lebron James, who plays for the Cleveland Cavaliers. The Duke and Duchess, not only witnessed an NBA game, but also an American protest, which was happening right outside Barclays. James gifted two basketball jerseys to the couple, including a small one with the word “George” printed on the back. George didn’t make it to New York this time around, but hopefully we’ll see him next time!