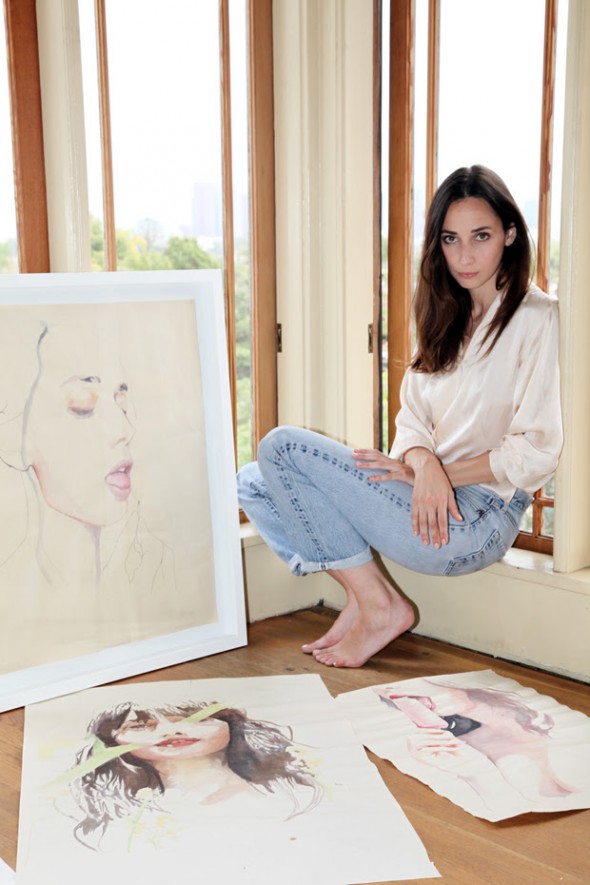 Rebecca Dayan recently announced her solo exhibition at the Catherine Ahnell Gallery in New York City. The exhibit, which will occur from September 8th until October 11th, will be the French artist’s first showing of her portraits in a solo exhibit in America.

Although well known for her artistic work, the artist broke into the industry of art and fashion at the age of 18 as as a model. To the likes of photographers and fashion gurus such as Karl Lagerfeld and Peter Lindbergh, Dayan quickly gained attention and influence. She was featured in The Untitled Magazine‘s Cinema Issue 5, in a fashion editorial shot by Carter B Smith. After later continuing on to becoming an assistant designer and an actress, she found a painting as a hidden talent, to which she eventually prioritized and made into her career.

The inspiration for her upcoming solo exhibit was unexpectedly found while doing research for a role in the Fall 2015 film, NOVITIATE. Her role a a nun in the film compelled her to study the ways in which a woman expressed her love for God. Ironically, she found that this expression was similar to that of expressing a woman’s first love. “I became fascinated by the religious iconography depicting religious ecstasy and the inherent human need to find meaning and solace in altered states – communing with a higher power through religion, sex, drugs, money, etc.” says Dayan.