On Monday, August 11th, one of Hollywood’s most beloved actors lost his unremitting battle with depression. Robin Williams, once dubbed as the “funniest man in the world”, was quietly struggling as he continued to produce work that brought a light to the world. Irony at it’s darkest, the actor may have succumbed to his demons, but he leaves behind one of the happiest legacies in the industry. The Untitled Magazine would like to take a look back on the life of a man who consistently brought joy to movie enthusiasts, critics, and children around the world.

When many of us think of films that have honed our interpretation of comedy, a few specific features come to mind: Mrs. Doubtfire, Flubber, Hook, Birdcage… the list goes on. Williams brought a lovable candor to the screen that captured the hearts of viewers, but it wasn’t all laughs – his acting abilities spanned from comedy to drama, and everything in-between. Patch Adams, Jumanji, Dead Poets Society, Jack, and One Hour Photo showcased a multidimensional man with a passion for acting.

After appearing on the legendary series Happy Days, Williams was gifted a spinoff series (Mork & Mindy), which was written and created specifically for him. Standup comedy would become the actor’s next project, which resulted in three separate HBO specials. For Williams, television remained one of his first and last gigs during his career. 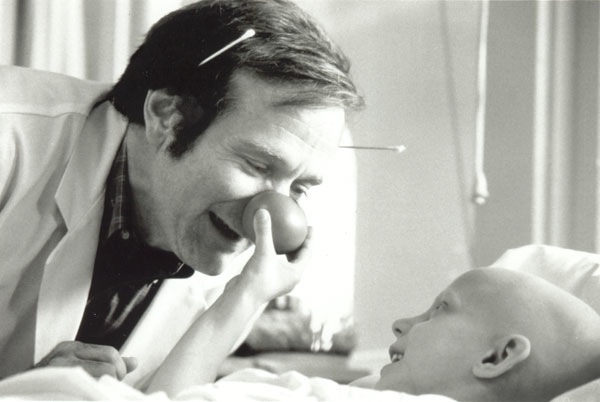 The biggest moment that an actor has in their career is becoming the lead in a feature film. Williams experienced this firsthand when he was cast as Popeye in the 1980 adaptation. Several films would follow until the world would be gifted his legendary performance in Dead Poets Society. The film, which is considered one of the best coming-of-age tales ever made, highlighted Williams’ softer side as he portrayed a prep school teacher. The actor’s connection to the young men in the film paved way for a slew of roles wherein he would act alongside children. Mrs. Doubtfire, Jack, Hook, Jumanji, Flubber, and Patch Adams gave the actor a father-like persona on film, giving children around the world an idol.

The Academy recognized Williams’ superb performance in 1998’s Good Will Hunting, and the actor received his first and only Oscar. Although he wasn’t the first choice come awards season, the actor continued to put one-hundred percent of his soul into his roles, leaving behind a lengthy collection of charismatic, sometimes over-the-top characters. Robin leaves behind a wife and three children, as well as three films (Merry Friggn’ Christmas, Night at the Museum: Secret of the Tomb, Absolutely Anything) all slated for release within the next year.

The Untitled Magazine would like to remind those that are struggling with depression that there is always an answer. If you or anyone you know needs help, please call the National Suicide Prevention Lifeline at 1-800-273-TALK (8255).