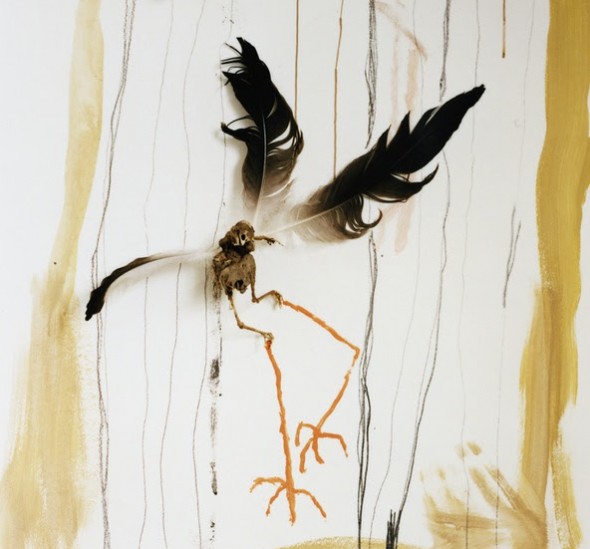 There is something we see a lot of in galleries, and that’s wallspace. Walls inevitably back an art piece, but the clean white walls of most galleries create an absence so that the focus lands on the actual piece. Saul Fletcher welcomes the wall into his art, including any wear or scratch, any smudge on the wall, into his photographs. He began by photographing his “sculptural assemblages” in front of the thickly peeling wall of his London studio. Now in Berlin, he continues this practice, although with a different wall.

The Alison Jacques Gallery will present their third solo exhibition of new work by Saul Fletcher on November 21st, continuing through December 20th. The photographs in this exhibition are about fatherhood and family, but not obviously so. Using leaves, feathers, and fabric scraps that often communicate a sense of decay, Fletcher evokes the Arte Povera movement of using found objects to build and arrange something new. He acknowledges and uses what’s already there.