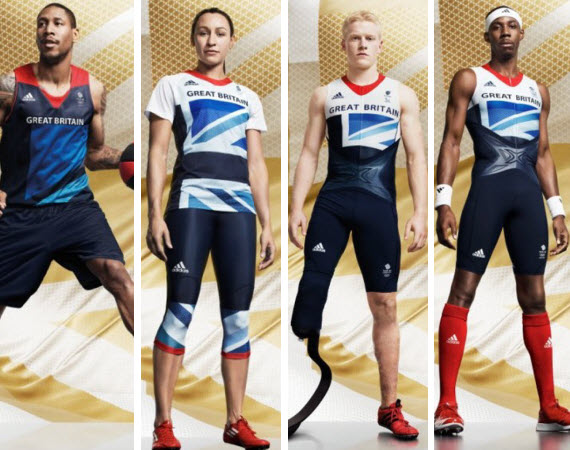 Stella McCartney presented the uniforms she designed in collaboration with Adidas for the Great Britain Olympic team earlier in March, but she has just revealed that there will be a collection of Olympic Villagewear that will also be available to the public for purchase.  Fans and visitors to the London Olympic Games will be able to purchase the same McCartney designs as the professional athletes wear in their downtime.  Athletes contributed their ideas for the design of the relaxed sportswear, requesting cotton and natural fibers and a wider cut leg to allow room for bulkier muscles.  McCartney said, “The inspiration for the Villagewear collection was to create a more relaxed kit that remained stylish yet comfortable for the athletes. It was also important to unify the team, as the one piece of information that really stuck with me when I talked to the athletes about this project was how they want to feel as a team in the Village, to feel like they are one voice and one nation. It is paramount that our athletes have a psychological edge at the London 2012 Games.”  The Olympic Villagewear line will hit stores on May 18,with a Gold collection by Stella McCartney to roll out on June 18, which will  both celebrate the beginning of the 2012 London Olympic Gamess, as well as take a look back at some of the best designs McCartney has done for Adidas over the past eight years.

CR FASHION BOOK TO BE THE SUBJECT OF A NEW DOCUMENTARY