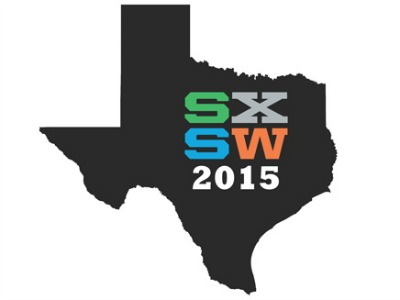 The notorious annual SXSW music festival, which functions as the industry’s defacto launch of the summer festival circuit, takes place next week (3/17-3/22) in Austin, Texas, and like every year, has the music scene a buzz with excitement, gossip and anticipation. Last year’s festival drew nearly 2400 musical acts – from across 60 countries worldwide – who performed on 111 stages throughout Austin, and attracted close to 30,000 official attendees.

This year’s showcase will undoubtedly go above and beyond those that have preceded it, and we’ve got our finger on the pulse of what’s not to miss. Snoop Dogg is slated to keynote, while notable headliners include Action Bronson, Thee Oh Sees and Jessie Ware, among many. Hip Hop artiset, Wyclef Jean will be interviewed live about his career by Nick Huff-Barili  of Hard Knock TV, while McDonald’s will be the festival’s official sponsor – a move that raised the ire of concert-goers and performers alike and spawned a slew of criticism in the media. A letter from the the Brooklyn band Ex Cops, which they published on their Facebook page, describes how they were solicited by the corporate behemoth to play on the official McDonald’s stage, but were told that there would be no budget for talent, so they would have to play for free. The indie band’s rebuttal has since gone viral. All arguments aside over the growing – even incessant – presence of corporate sponsors at music festivals, fans are still itching with anticipation to get down to the warmer climes of Austin and catch a glimpse of their favorite bands, both emerging and established. Here’s a list of our top 10 acts not to be missed at SXSW 2015.

Courtney Barnett, the acclaimed Melbourne-based songstress and favorite of music bloggers, is performing at the Pitchfork showcase on Wednesday, March 18th at 4:15PM at the Mohawk among others.

Toronto indie-rockers Alvvays are sure to impress at Cheer Up Charlie’s on the Polyvinyl Showcase Thursday, March 19th from 10:00-10:40PM.

The lovely Alex Winston will be performing at the Rolling Stone showcase Tuesday, March 17th during the afternoon show.

The glam-folk-pop star BØRNS (who lives in a tree) is a must-see for his other-wordly blending of genres. Catch him at the Windish Agency showcase Friday March 20th. (Also make sure to check out his exclusive interview with The Untitled Magazine!)

With an album name like Just Enough Hip to be Woman, BRONCHO shines bright on our radar. Catch them Wednesday, March 18th from 1:00 – 1:50AM at Bungalow.

Swedish singer and rapper Ellinor Olovsdotter, better known as Elliphant, will be taking her provocative, futuristic pop to the SXSW stage on Friday, March 20 at 10:45pm at The Main.

Girlpool‘s stripped down girl power tunes will be heard March 21st, at 3PM at Fader Fort.

The Seattle-based electronic due Odesza will be performing Thursday March 19th at 11pm for the Tumblr IRL showcase at Ironwood Hall.

Tove Lo is riding high. You can catch one of her performances on Thursday, March 19 at The Belmont.

Brooklyn-based Walking Shapes will be playing at Maggie Mae’s on Wednesday, March 18 from 7:45PM – 8:25PM.