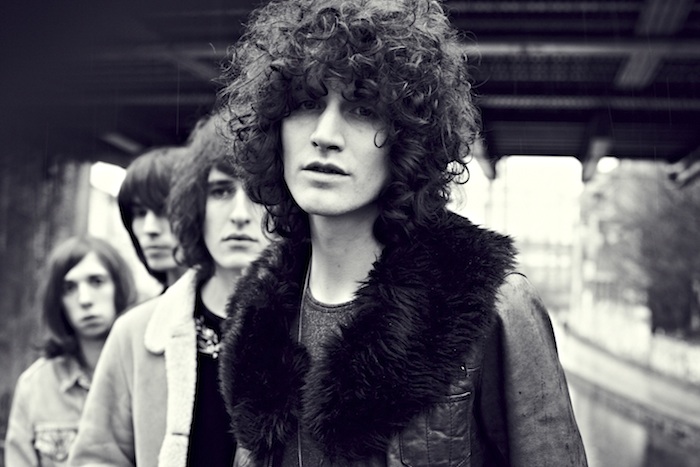 Meet James Baghaw (vocals, guitar), Tom Warmsley (bass, backing vocals), Sam Toms (drums) and Adam Smith (keys), the four-piece comprising Kettering, England’s newest psychedelic pop band, Temples. After a UK release of their debut 7″, recorded in their own Pyramid Studios, Temples quickly received loads of attention, packing out rooms all over their home country, garnering praise from the likes of Johnny Marr and Robert Wyatt, and being featured in publications, including the NME (“one of the brightest new lights of the current psych scene”), MOJO (“Rising”), Drowned in Sound, and The Guardian. Now, with summer upon us, it’s the perfect time for US audiences to be introduced to this production-obsessed, neo-psych band’s 60s inspired hits. Come July 23rd, Temples will release their debut US single, the “Shelter Song”/”Colours to Life” 7″, via Fat Possum. Additionally, they’ll play their debut shows in North America this fall.