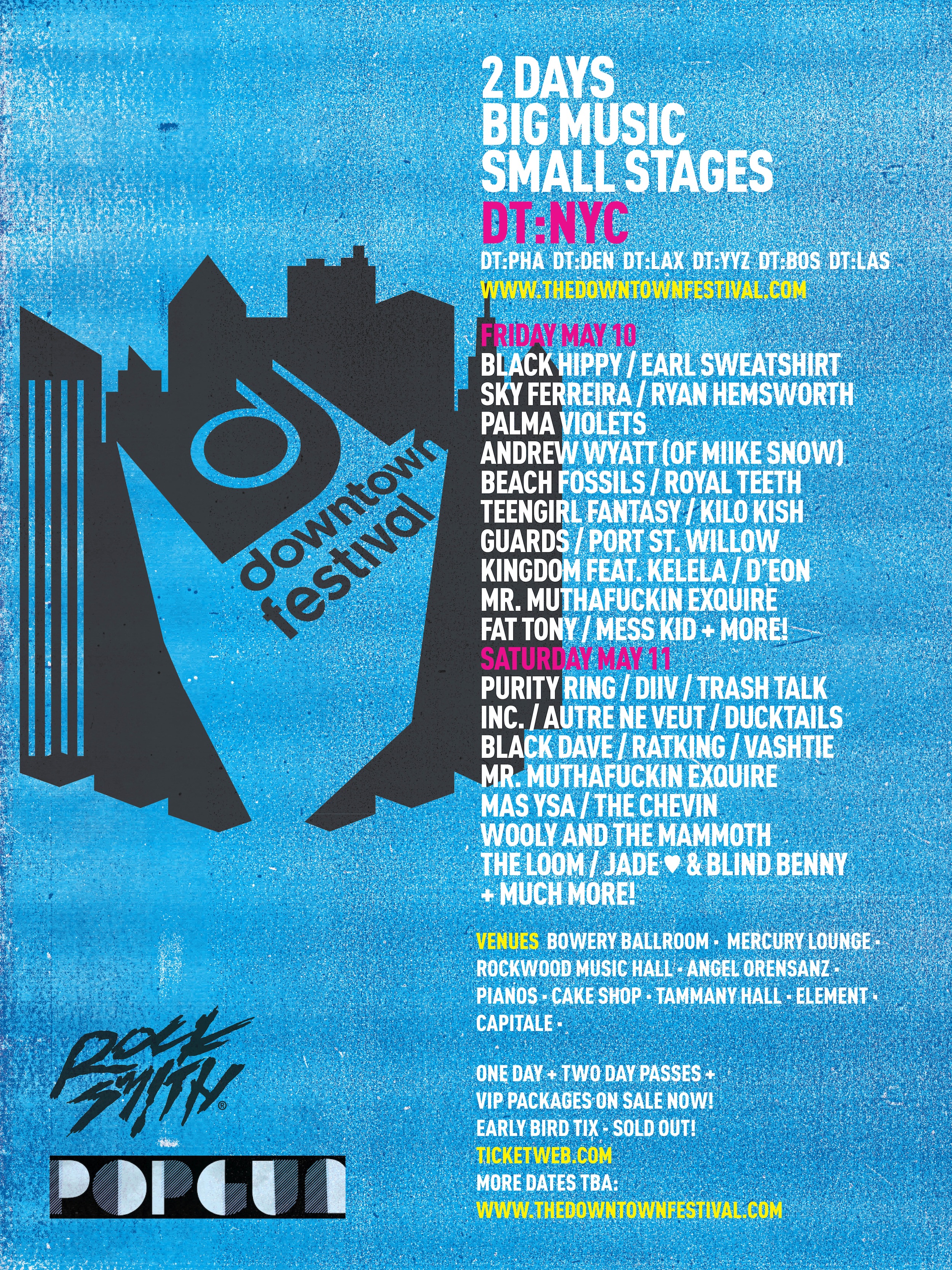 Having taken place over May 10th and 11th, Downtown took over New York’s Lower East Side with new, influential artists playing shows at intimate venues like Element, Mercury Lounge, Bowery Ballroom, Pianos, Cake Shop, Tammany Hall, and more. Unlike any other festival of it’s kind, the focus of Downtown Festival was on providing the audience with the most intimate, rewarding concert experience possible, keeping fans up-close and personal with the rising artists they love.

And for the first time, the Downtown Music Festival is expanding beyond New York’s borders, with six additional festival dates in the downtown areas of Philadelphia, Toronto, Boston, Los Angeles, Denver and Las Vegas. Continuing throughout summer and fall each festival date will include its own city-specific lineup with national acts sharing local stages with the best emerging acts from multiple genres in each city.