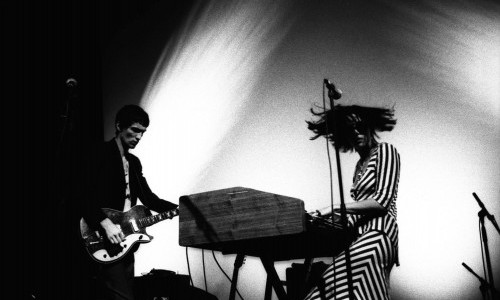 Following their May-July Summer 2014 tour, The Kills‘ fall tour starts on October 22nd in Philadelphia, and culminates in the final Halloween show in Los Angeles, supporting Queens of the Stone Age. Fans can also watch the Seattle concert from Neptune Theatre on Oct. 27th on Yahoo’s Live Nation.

Comprised of American singer Allison Mosshart (“VV”) and British guitarist Jamie Hince (“Hotel”), The Kills’ most recent album is Blood Pressures. Released in 2011, the album is described as “gritty post-blues.” The duo has delved into a new level of depth with their lyrics, creating what critics have called “an enduring sense of intricacy and richness.” The growth of their music is in expanding out of  a straight-forward, trashy, battery-acid sound into additional layering of melody and emotional sensitivity.

The duo is currently working on their fifth album, which will be releasing in 2015.

BODY LANGUAGE: WHEN YOUR BODY SPEAKS MORE THAN YOUR WORDS