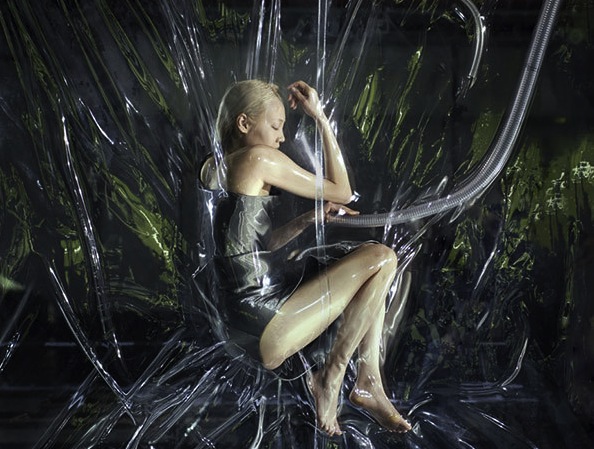 As collections were shown in New York, London, Milan, and Paris, not only did designers display their creativity through garments but also through their elaborate runway shows. From 4,000 pounds of chocolate dripping down the walls during the Opening Ceremony show, to models floating in shrink wrapped plastic during Iris van Herpen, The Untitled Magazine has put together some of the most eccentric shows from the 2014 F/W collections! 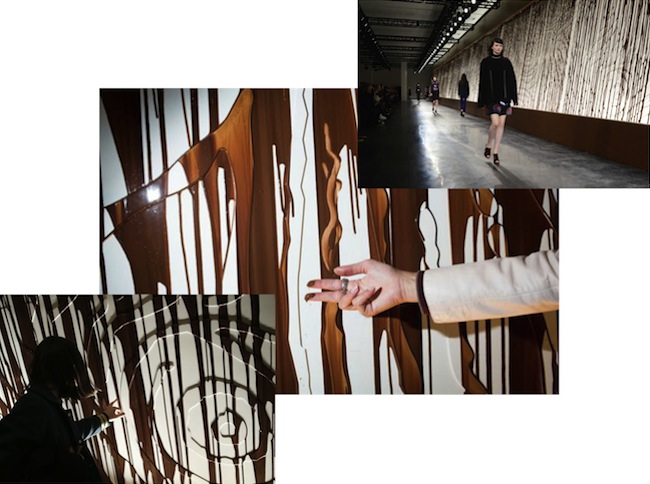 Opening Ceremony chose to channel Belgium as inspiration for their Fall/Winter collection in Paris and, sticking to Belgium roots, drizzled 4,000 pounds of Callebaut chocolate down the walls of the venue. The chocolate fun didn’t stop there either – upon entering the show, guests were given custom bars of Belgian chocolate and two lucky winners found ‘golden tickets’ within the wrappings. The Willy Wonka-esque show will go down in fashion history as one of the most aromatic shows and one of the tastiest. 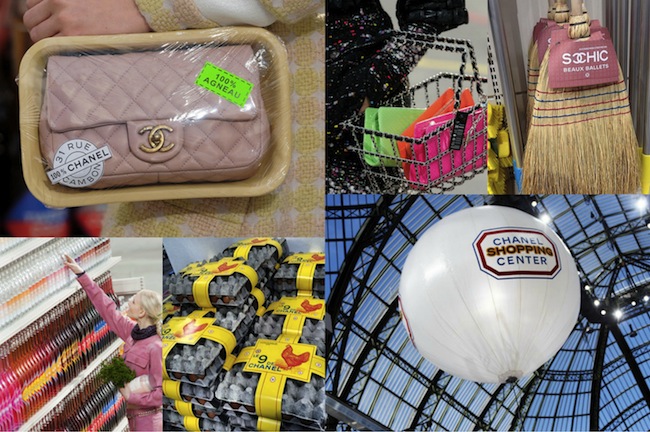 Chanel‘s runway show was so elaborately put together that even the background props were labeled with the fashion house’s name. Eggs, sodas, household items, and the general findings of a shopping center were strewn about the massive space within the venue with models ‘shopping’ before they walked down the runway. Karl Lagerfeld kept the grocery store theme with the clothing as well – models wore high-fashion sweatpants and sneakers as they emerged from the aisles of the supermarket. Our favorite part of the show? The appropriately packaged quilted leather bag labelled ‘100% AGNEAU’ (or 100% lamb). 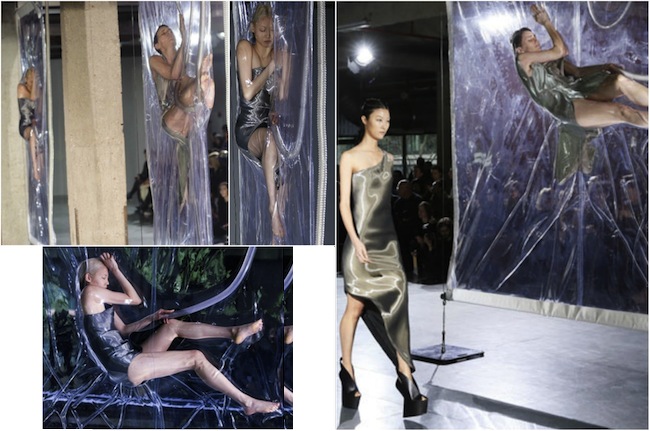 Iris van Herpen had both the most eccentric runway displays and the most extreme shoes! The designer set up shrink wrapped plastic bags containing models lining the runway; models inside the bags were in various positions, most of them with a look of fear on their faces, making the display one of the eeriest and most innovative in the history of runway shows. 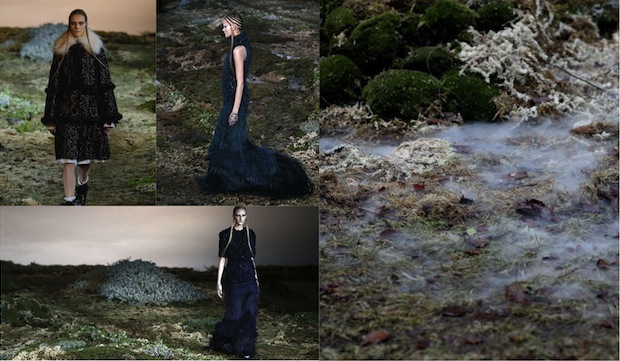 Alexander McQueen has been known for elaborate runway shows since the brand’s start back in the 90s and, once again, an elaborate display was put on in Paris. The runway was made up of moss, twigs and greenery and then filled with a misty haze, giving the feeling of an enchanting forest for the rather melancholic collection. 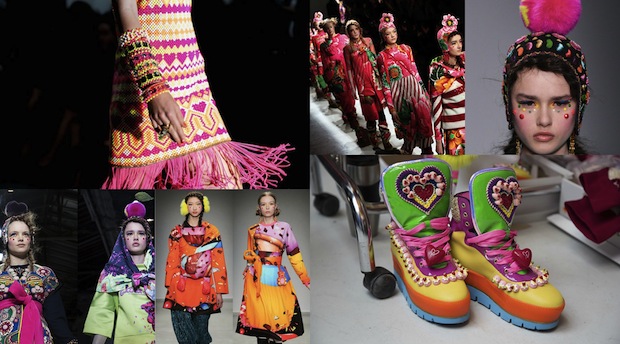 Nothing about Manish Arora‘s runway was eccentric, but the garments walking down it sure were! The designer, famous for the dramatic garments that he creates, gave us a vibrant, youthful collection. Sounds from the game Candy Crush blared through speakers during the show at the Palais de Tokyo as models strutted down the runway in boisterous sneakers and pronounced colors.