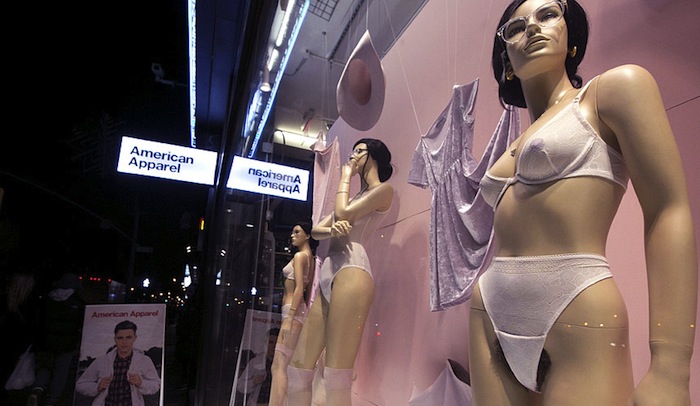 It goes without saying that a naked mannequin does a poor job of representing what most women and men look like unclothed. As an alternative to the perky breasts, flat stomach, and hairless mannequin’s that are put on display, retailers have recently been offering a more realistic representation for the average customer. Whether shopping at Lane Bryant or at Saks Fifth Avenue, slight to moderate adjustments have been made in hopes that behaviors and attitudes related to body image will change.

Coupled with their “When it Fits” campaign, JC Penny recently revealed their “real size mannequins” which feature not only a plus size display, but a mannequin in a wheelchair. The five mannequins featured in their Manhattan windows are modeled after actual Americans who represent how each body is unique. From a veteran with prosthetic legs, to a dwarf, JC Penny is just one of the few retailers who feature models with disabilities in their campaign.

This acceptance and willingness to show a different type of model seems to be a current trend in the fashion industry. In the beginning of the year, Diesel debuted their “We are Connected” campaign, which featured real models who represent different sects of the youth culture. Instead of using mannequins, the Diesel advertisements consisted of models with tattoos and brightly colored hair, Japanese Internet stars, and Jillian Mercado, a model with muscular dystrophy. The campaign was focused on promoting the individual and rejecting the status quo. “We Are Connected” strove to show how everyone is united because everyone is different. 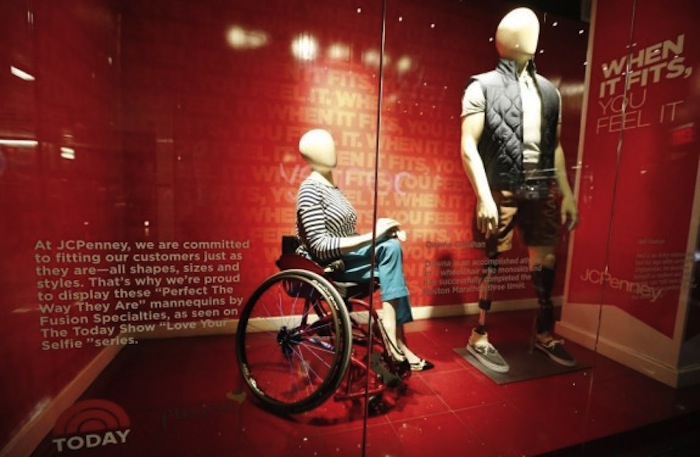 It’s only about time that the fashion world has decided to embrace and find beauty in the unique. Take, for example, American Apparel’s attempt to normalize unwanted body hair by placing it on mannequins in their SoHo windows. Making the unmentionable, mentionable, the company humanized their near perfect mannequins, while commenting on the ridiculous notion that all women are hairless.

This push towards “real” fashion has become a normal stint for many retailers who are looking to advertise adversity. It’s not a bad thing, that in order to create some controversy and gain some press coverage, these retailers have been breaking away from the stick thin conventions of previous years. Though these campaigns are only temporary, they promote a positive perception of body image.

More than ever the old, lifeless, mannequins you see on store floors don colored wigs and faces in order to show that we all are uniquely beautiful. Department stores all over Europe have been introducing size 16 mannequins to stand next to their size 2 displays. Though it’s a slower moving trend then most fashion fads, diverse and unconventional models have shown staying power, skewing attitudes on what is physically attractive and appealing.

– Katie Milani for The Untitled Magazine