CULTURE
September 9, 2014
by The Untitled Magazine
0 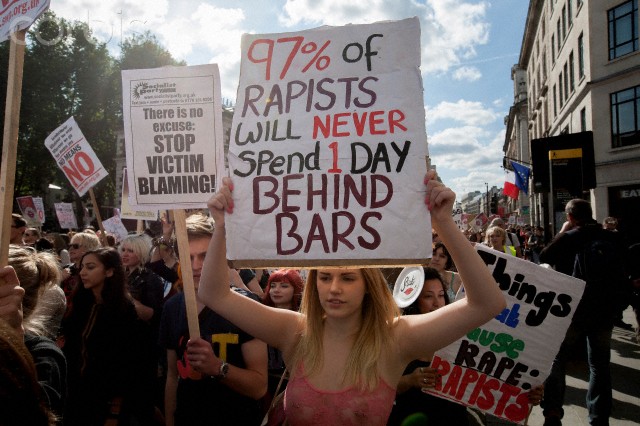 Although women have overcome a massive amount of turmoil in the past sixty years, one major issue that remains widely untouched is rape. Did you know that one in five women in the United States has been raped? Did you also know that about fifty percent of those rapes have gone undocumented due to fear of judgement and ridicule? Even the word “rape” has become a fixture in the English language that not many people feel comfortable saying out loud. The idea of sexual assault makes many people uncomfortable, but, as a nation with an extremely high sexual assault rate, we need to find a way to stomach the thought and vocalize the importance of understanding this crisis.

Women under the age of 25 are more likely to encounter sexual assault than those who are older, yet many women under 25 are sadly uneducated when it comes to rape. One of the biggest issues currently in the United States is the massive influx of rape on college campuses. Almost every case involves alcohol and, unfortunately, young people think that because they were drinking that they were either too drunk to know what they were doing or won’t be taken seriously if they go to the police. When a sexual assault is committed, it does not matter whether or not the victim was drunk. All that matters is that a crime was committed – and that is something that needs to be preached across the world.

Many college students are standing up against the ongoing stream of assaults. One in particular is Columbia University student Emma Sulkowicz. Emma was the victim of sexual assault on campus at Columbia and never saw her rapist face any consequences for what he had done. Therefore, she has taken a stand and has been protesting the lax rules set forth by the college by carrying around her dorm room mattress from class to class as part of her senior thesis. When she was raped in her dorm room back in 2012, Emma felt “ashamed and embarrassed”, refraining from reporting the incident until two of her classmates experienced similar situations with the same assailant. It wouldn’t be until 2013 that Emma would speak out, only to be denied any support from the college. Her rapist remained enrolled in classes, was allowed to roam campus freely, and left a permanent strain on the three women he had abused. Now a senior, Emma has been toting her mattress around campus, to classes and campus activities in an effort to raise awareness. “Carry That Weight”, the name of her thesis, aims to urge the university to focus on the goings on of their students. It would seem as though Emma has nudged at the right people, as just recently Columbia has announced a new workshop for entering freshman that focuses on sexual assault.

Maybe the world needs more Emmas – women who are not afraid to take a stand against rape and, even more so, their rapists. As Chrystine Oksana said, “Violators cannot live with the truth: survivors cannot live without it. There are those who still, once again, are poised to invalidate and deny us. If we don’t assert our truth, it may again be relegated to fantasy. But the truth won’t go away. It will keep surfacing until it is recognized. Truth will outlast any campaigns mounted against it, no matter how mighty, clever, or long. It is invincible. It’s only a matter of which generation is willing to face it and, in so doing, protect future generations from abuse.”