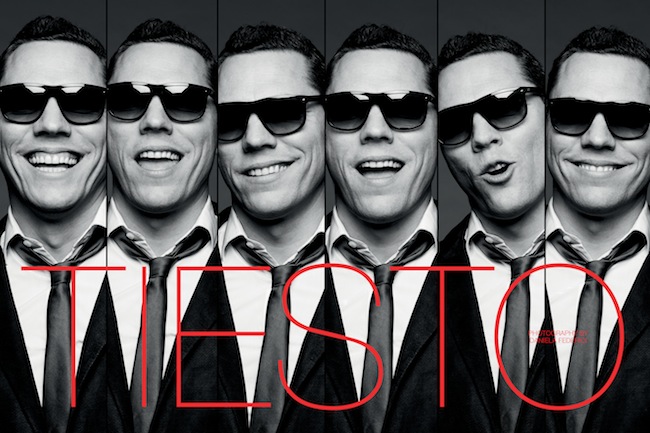 Tiesto: Photography by Daniela Federici for The Untitled Magazine

“You need to be yourself. And, of course, very talented.” Grammy Award-winning DJ, Tiësto, has been at the forefront of electronic music since before it became a radio mainstay. Now, it’s hard listen to a single top 40 song without hint or traces of the sound he helped coin for American audiences. Though, if you ask him, the change is more than welcome. “I love a lot of different music, many different dance genres. But I’m not really into pop music that much. I feel like I’m by a lot of different things but there isn’t one source or group of artists I can name as a huge influence at the moment. I’ve always done my own thing.”

That desire for autonomy within a rapidly unstable industry is precisely what allowed Tiësto to stake his claim early in the EDM scene. Since those humble beginnings (he went by DJ Tiësto until dropping the DJ in early 2008) he has seen his star rise significantly in conjuncture with the stratospheric rise of the EDM genre itself. “Obviously the styles of music have changed but also the production methods and the way DJ sets are presented. There was no social media back then and the scale of the productions and clubs are much larger now. It’s all grown so much.” Forward-thinking as his reputation attests, he’s not one to wax nostalgic for too long. “It seems that things change so much in just six months time, so I’d like to think that EDM will only get bigger and better.”

Tiesto recently performed at Tomorrowland Music Festival in Belgium and will also be performing at the forthcoming Stereosonic Festival, Global Citizen Festival, and the WET REPUBLIC show in Vegas. The DJ also recently released a new album titled A Town Called Paradise. Additionally, Tiesto’s singles “Wasted” and “Red Lights” have both officially been certified gold. To celebrate, the DJ will host The Gold Party as part of his CLUBLIFE residency at Hakkasan Nightclub in Las Vegas on September 12th, 2014. The night of the party will also see the debut of the video for his new single “Light Years Away”.

The Untitled Magazine: How did you get started in the music industry?

Tiesto: I was always a big music fan and, at first, I was really into rock. When I went to a club in my hometown of Breda for the first time and saw what DJing was all about, I knew that this is what I wanted to do for my career.

UM: Do you remember the first time that you performed in front of a crowd?

T: Yes, it was at a small club in my hometown. Wasn’t much of a crowd compared to these days!

UM: Which music acts do you find influence your sound most right now?

T: I like a lot of different genres, but I’m not really into pop music that much. I feel like I’m influenced by a lot of different things, but there isn’t one source or group of artists that I can name as a huge influence at the moment. I’ve always done my own thing.

UM: You have become one of the most influential DJs globally over the years – what would you consider to be your breakthrough moment?

T: I think in terms of reaching a wider, global audience, it was my remix of Delerium’s “Silence” and my track “Adagio for Strings.”

UM: What is your favorite track you have ever produced and why?

T: I don’t look to the past all that much, but all things considered I’d probably pick “Adagio for Strings.” It was such a big moment for me and the fans still love dancing to it. It’s one of those iconic songs.

UM: Can you tell us about your experience performing at the Olympics?

T: It was really surreal. It’s such a huge stadium and crowd, many more watching on TV and with all of those great athletes walking in… just wow. It’s hard to put into words.

UM: How do you think electronic music as a genre has evolved since you first started?

T: It’s evolved tremendously. Obviously the styles of music but also the production methods and the way DJ sets are presented [have changed]. There was no social media back then, and the scale of the productions and clubs are much larger now. It’s all grown so much.

UM: What do you think is the future of “EDM”?

T: It seems that things change so much in just six months time, so for me to answer this question is nearly impossible. I’d like to think that things will only get bigger and better!

UM: What sort of artists do you look for to develop on your label Musical Freedom?

T: If you examine the label, you’ll notice that I don’t look for one particular sound. I like to use Musical Freedom as a forum to release music that I personally like and hope that the fans will enjoy as well – regardless of genre. So this year alone, the label has released trap music, tech house, and so much more.

UM: Who do you think are the most interesting up-and-coming artists that we should look out for?

UM: Can you tell us about some of your collaborations? You have worked with quite a few musicians over the years – which ones stand out most?

T: It was really special for me to collaborate with Bono last year on the track “Pride (In The Name of Love)”. All the proceeds went to charity, so to work with an artist that I respect so much, and to also help people, is very dear to me.

T: It’s hard to say because I’ve played in so many different situations; small clubs, arenas, stadiums and festivals. The Olympics performance was of course a great challenge but if I had to pick just one, it would probably be my performance at Innercity in 1999. This was really one of my first huge shows and it was at home. It was very emotional for me.

UM: What do you think it takes to be commercially successful as an electronic artist?

T: You need to be yourself as a producer and, of course, very talented.

T: I never really thought about it but I’m very much a fan of sports, so maybe something in that industry.

UM: Do you have a favorite clothing designer?

T: I love so many things from different designers right now, but I always love what the guys at Dsquared do.

UM: What is your personal motto?

UM: You are known for being the first DJ to perform in a solo concert – how did that evolve?

T: Yes, my “Tiesto In Concert” performances. That was something unique. Me in the round center of a huge stadium. Dance music is a way of life in Holland. We are all brought up around it as kids and it’s a part of the culture, so I was lucky to have a large profile in my home country and the idea came to do a special concert-like event. We went all in and it was such a great success.

UM: You are known to do a lot of fundraising performances, as well as albums such as Dance (RED) Save Lives to fight against AIDs. Can you tell us about your philanthropic work?

T: Most recently is was the (RED) campaign and it’s so special for me to participate in such a great cause. I realize that I’m fortunate in my life and if I can be a vehicle to spread the message then I’m happy to do so. We raised a lot of money for the global fight against AIDs and it was a powerful campaign for me to be a part of.

UM: This is our “Legendary” issue – what to you is the definition of legendary?

T: To me, legendary means someone who has innovated, is greatly respected, put forth building blocks, set and raised the bar, and has put a certain stamp on their profession. 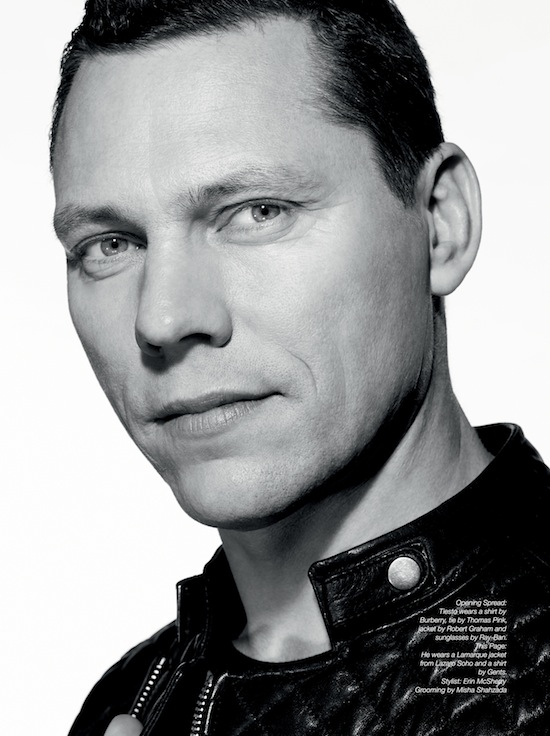 Fashion Credits:
Look 1
Tiesto wears a shirt by Burberry, tie by Thomas Pink, jacket by Robert Graham and sunglasses by Ray-Ban.
Look 2
He wears a Lamarque jacket from Lazaro Soho and a shirt by Gents.

Be sure to watch our exclusive behind the scenes video with Tiesto! 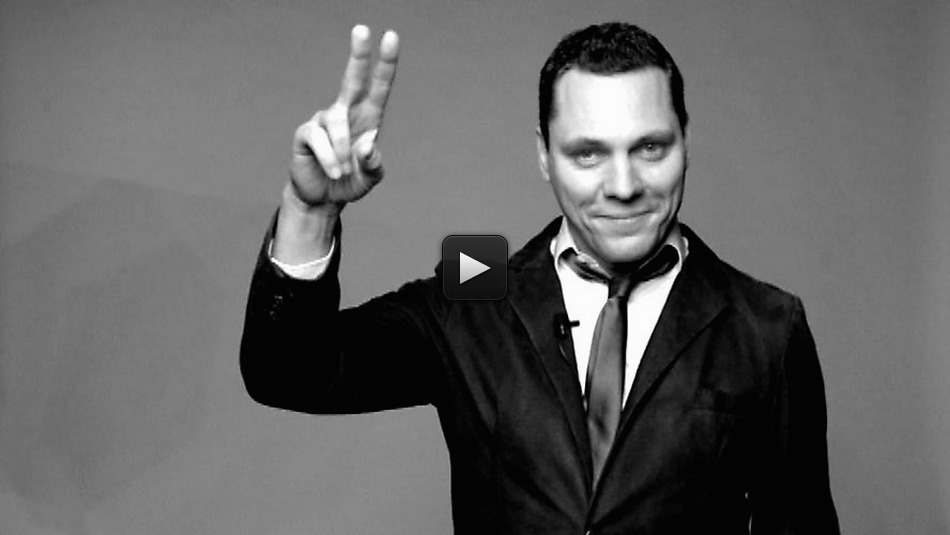