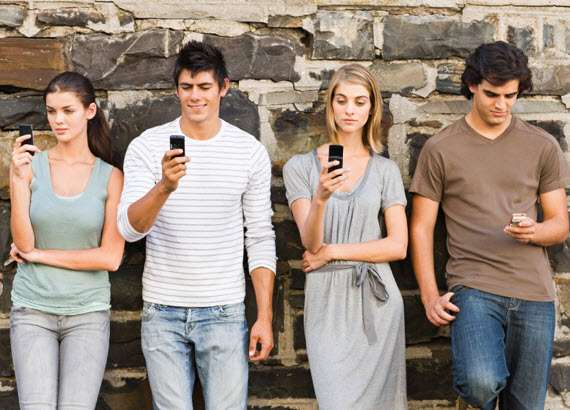 Tinder, a mobile dating app created by founders Sean Rad and Justin Mateen, has been increasingly popular amongst singles of all ages, hoping to meet attractive singles in their area to either date or hook up with. The app, which has been likened to similar apps like Grindr (but for straight singles), is considered as a dating app. However, the primary motives of the younger users are heavily based around hook-up culture- that is to say, not everyone using is looking for a lasting relationship or love, but rather some short-term fun.

Now, two years after its release, the app has taken on a new role. In recent months, buzz has surfaced about the increase in the use of the app amongst travelers of generation x. Single individuals traveling either for pleasure or for business purposes have began using Tinder to meet up with local singles. They simply change the location on their Tinder app, browse through the new singles in their immediate area and arrange to meet up for a date. This is a great way to find out the best local spots to dine, where people go for the best nightlife and entertainment, and allows travelers to truly get a taste of local culture in a new city or country. It’s also a better alternative then ordering in and sitting alone in a hotel room at night, or ending up at a touristy restaurant alone with no company. Furthermore, if you are looking for a short-term fling in a new town, this is a great way to peruse the local population and see what attractive individuals are up for like-minded fun.

When I asked friends who have used the app about their personal experience with Tinder and if any had used Tinder whilst traveling abroad, I was surprised to hear how popular it had become. One of my girlfriends claimed to be an avid fan of Tinder, despite the fact she has had both bad and good dates. She is a bit biased, since she is now in a relationship with a Brazilian she met on Tinder about six months ago, but her review of the app was mostly positive. One of my coworkers confessed to using Tinder during his time abroad after graduating from college. He spent three months in Europe, and in that time met several people and went on several dates through Tinder. According to him, the way that Europeans use Tinder is far different than the purposes Americans typically use it for. He said that the majority of Europeans using Tinder are using it the way one might use a website like couchsurfing.com. It is primarily used to connect with other travelers, meet other young people, meet people with the same interests, or people with who you want to meet up with for events or social gatherings, and possibly become friends with if you hit it off. He’d met several “cool” people via Tinder, and went on several outings and to places he never would have otherwise known about, had he not had this platform to meet locals. He also said he went on a few dates using Tinder, although most of those turned out to be a bust.

Tinder has both ins and outs regardless of whether it is being used in one’s hometown, or being used in a new town where one is unfamiliar with their surroundings. It could potentially open doors to new people, new places, and new experiences either way. What better way is there to explore all that a new town has to offer than having a seasoned local show you the best spots for everything? Although some Tinder users may assume that everyone on the app is there with the sole intention of ‘hooking up,’ many users may also just be looking for a fun guide around a new city or someone to keep them company at dinner. Meeting up while traveling solo doesn’t necessarily have to end in a hook up, but if that’s what you’re after, Tinder can certainly help you find it.