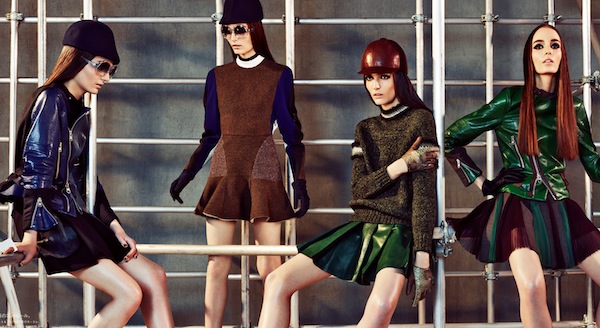 A bill was recently reintroduced to Ugandan parliament which, if signed into law, will force women to cover up. Should Uganda President Yowery Museveni decide to sign the bill into law, it would mean that women (if caught wearing a miniskirt) will be fined $4,000 and face up to 10 years in prison.

Simon Lokodo, Uganda’s Ethics and Integrity Minister, spoke out about the potential law, “If I met somebody putting on a miniskirt, a miniskirt that explains a lot of what that person has in one’s mind, that person should be arrested.” Lokodo also went on to say, “What we want to condemn is the provocativeness, that they want to draw somebody to desire them. We are saying that we are blaming and condemning any of these girls who dress so indecently, especially in public areas. We shall not accept it, whether it is fashion or what.”

Although many would argue that women have the right to dress however they desire, the Ugandan government seems to think otherwise… same goes for their stance on homosexuality. An ‘anti-homosexuality’ bill made it to the president’s desk which he then refused to sign. His reasoning? He wouldn’t sign it unless he had “confirmation from scientists that the condition is not genetic but a behavior that is acquired.” All of this seemed like a step forward for the country but government officials say that it’s very likely that the president will pass the miniskirt law.

Many women’s rights organizations and groups are furious over the potential law, claiming that this is just the beginning of Uganda’s women being stripped of their rights, while other groups are claiming that the law will reduce the amount of attacks on women.

Yesterday, the president of Uganda backtracked on his decision to toss a bill that was presented to him which would ban homosexuality. The ‘anti-homosexuality’ bill was denied by the president in2009 because he claimed to need scientific proof that homosexuality was something that people are born with. Evidently the president didn’t get the proof that he requested which, in turn, resulted in the disgusting law being put into place. The bill makes “some homosexual acts” punishable by life in prison. The president, in all of his ignorant glory, sat down with CNN to give his reasoning behind the law…

“They’re disgusting. What sort of people are they?” he said. “I never knew what they were doing. I’ve been told recently that what they do is terrible. Disgusting. But I was ready to ignore that if there was proof that that’s how he is born, abnormal. But now the proof is not there.”

Those in the gay community aren’t the only ones that the law will effect… there is a clause in the bill that includes up to 7 years imprisonment for institutions or people who perform same-sex marriage ceremonies as well as prison terms for anyone who provides services to lesbian, gay, bisexual and transgender people.

The passing of this heinous law gives many Ugandans a sense of helplessness which has lead to dozens within the gay community fleeing the country.