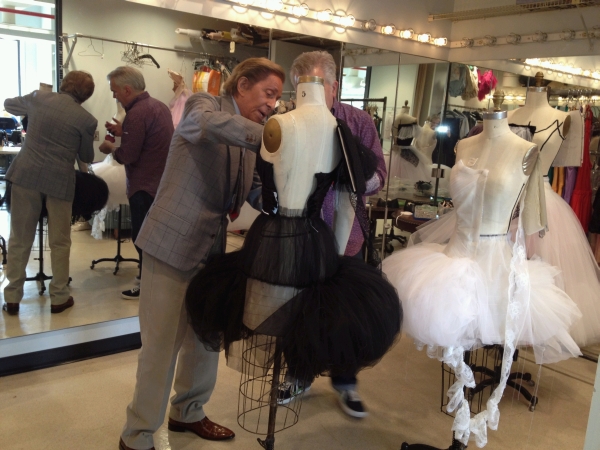 Valentino Garavani, although he retired from his own house of fashion in 2008, just couldn’t stay away from the world of couture, agreeing to design costumes for this year’s New York City Ballet Fall Gala.  The Fall Gala will celebrate the legendary designer, not only by incorporating his costumes, but also with a performance of George Balanchine’s “Rubies,” from his full ballet Jewels, which was inspired by the house of Valentino’s signature color red.  Valentino will create costumes for three works choreographed by Peter Martins and Christopher Wheeldon, all of which will be performed on the night of the event on September 20th, including a new ballet set to Tschaikovsky’s “Eugene Onegin.”  Valentino said of the opportunity to design for the NYC Ballet, “There is so much beauty in the ballet, the grace, the fluidity,” that it is an honor for him to have City Ballet “celebrate my work in this way, and I am very passionate about the design of these very special costumes.” This is the second ballet Valentino has designed costumes for since his retirement, the first being in 2009 for the Vienna Ballet.  The Fall Gala will be hosted by Valentino’s business partner Giancarlo Giammetti and by friend and longtime admirer of the designer, Sarah Jessica Parker. In anticipation of the event, the City Ballet has just released the first behind the scenes photos of Valentino at work.  The New York City Ballet is the perfect place to honor Valentino, who is known for his beautiful, dramatic and elegant designs, allowing his creations to take center stage 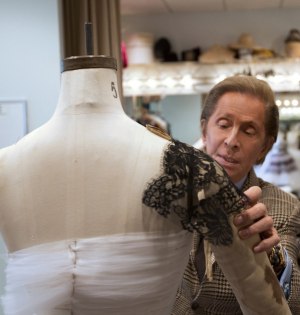