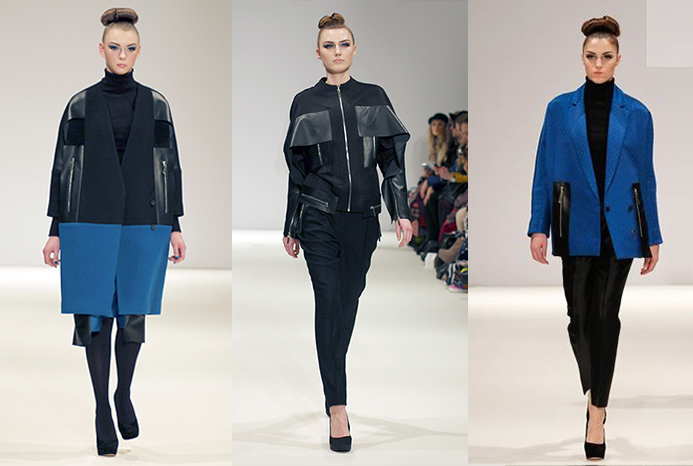 Vauxhall Fashion Scout has announced the much-anticipated winner of the Merit Award and Ones To Watch for SS13. Royal College of Art graduate Hwan Heo received the prestigious Merit Award for his line entitled Heohwan Simulation, affording the designer a high profile launch pad during both London and Paris Fashion Weeks. The award is worth over £25,000. Heo’s traditional background in menswear is evident in his masculine-inspired designs, centralizing on distinct shapes, tailored silhouettes, and carefully applied texture. He claims to source inspiration from a broad spectrum of fashion history and engineers each look from the perspective of aesthetics rather than generic visual appeal. His work is inspired by experimental art projects, which he executes at the start of conceptualizing each collection. While his earlier work was presented in subdued hues and off-whites, his newest endeavor focuses on deeper hues and high contrast color-blocking.

‘The winners of the Ones To Watch award (responsible for launching the likes of Hermione de Paula, Dean Quinn, Eudon Choi, David Longshaw, and Phoebe English) was given to Charlotte Simpson, Hana Cha, Hellen van Rees, and Ming Pin Tien. Charlotte Simpson graduated from the London College of Fashion and places design emphasis on translating scientific imagery into intricate, tactile embroideries. The embellishment dances across her muted color palettes, bringing the otherwise minimalist clothing to life. Another London College of Fashion graduate, Hana Cha, also the recipient of the Womenswear Collection of the Year award, explores the diffusion representative between the classes of the Proletariats and the Bourgeois through visually divided colors, materials, and aesthetics. Central Saint Martins graduate Hellen van Rees combines eco-conscious recycled materials with fabric manipulation, producing handmade tweeds that are sustainably sourced and produced. Finally, Taiwanese designer Ming Pin Tien explore innovative shapes and abstract silhouettes. 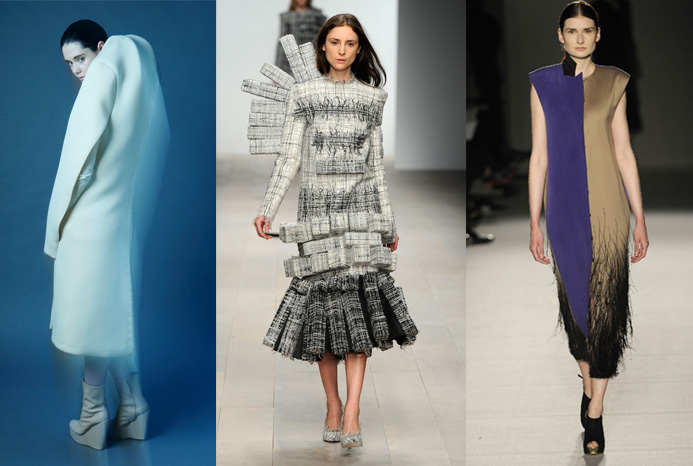