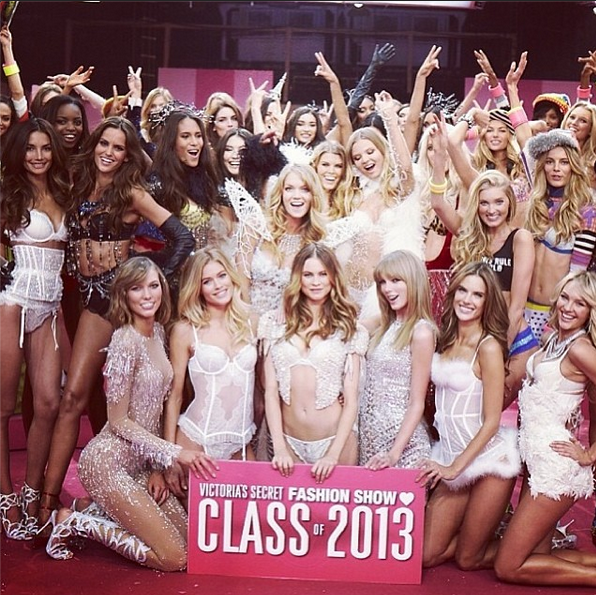 Now, if you are a fan of television.. wait, not even – just a fan of beauties dubbed as perfect 10’s, you know not to miss the annual Victoria’s Secret Fashion Show. With no extensive-text necessary, here is a compilation of backstage photos.

The show itself took place on November 13th in New York City, with hours of prepping, rehearsal and the Angels tending to their pre-show rituals. As the Angels polished their halos at the Lexington Armory in Manhattan, the actual air-date will be on December 10th, 2013. The show featured six themed segments: “British Invasion,” “Birds of Paradise,” “Parisian Nights,” “Shipwrecked,” “Snow Angels” and “PINK Network,” and performers included Taylor Swift, Neon Jungle and Fall Out Boy. 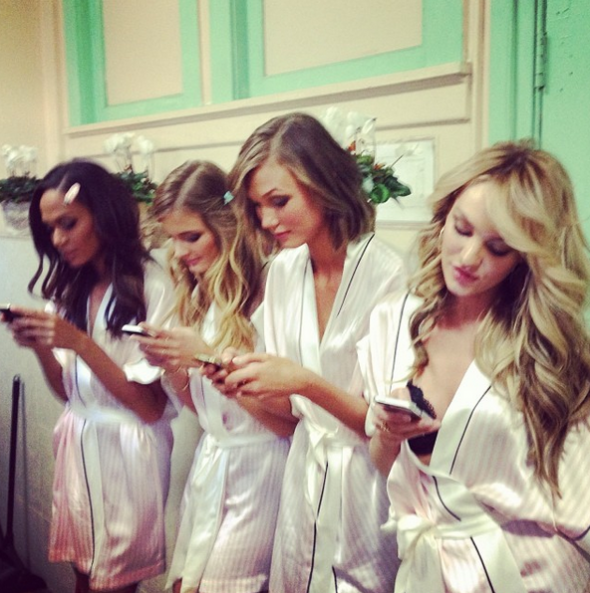 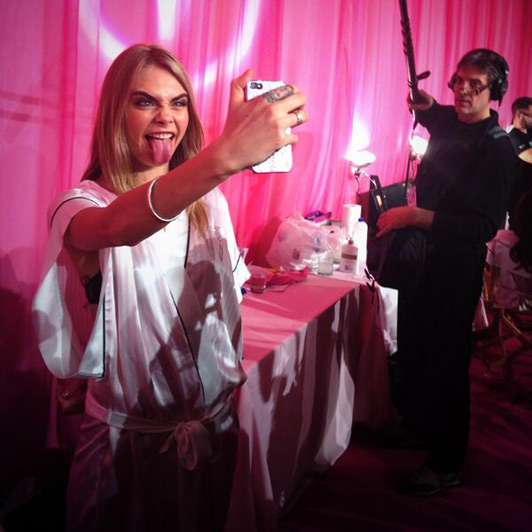 The Angels on top of their social media game. Instagram courtesy: @KarlieKross 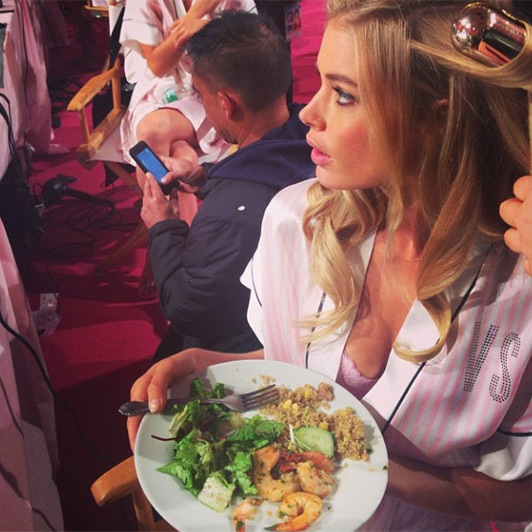 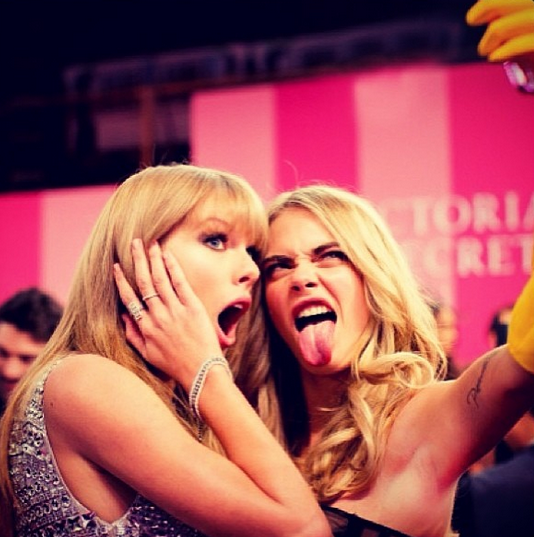 Doutzen Kroes samples the Victoria’s Secret backstage buffet.
The Dutch model has previously said “Diet is 70 per cent of what your body looks like.”
Here’s another of Cara Delevingne goofing around with Taylor backstage. 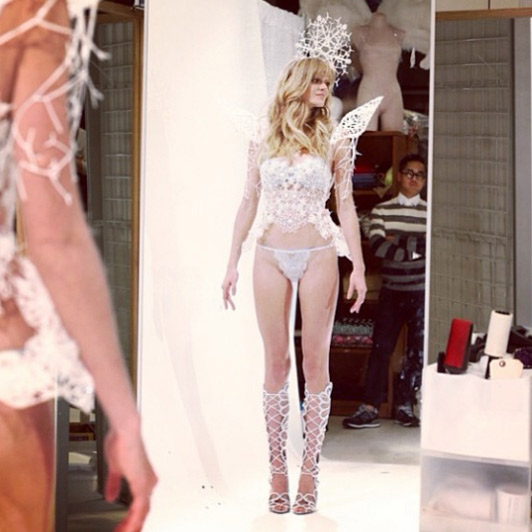 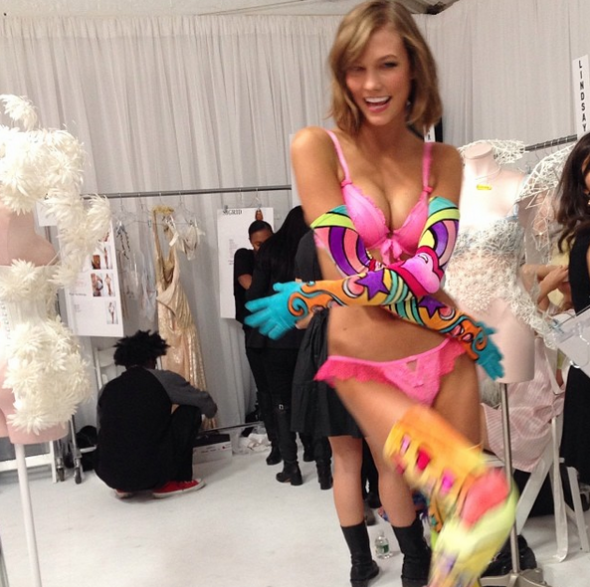 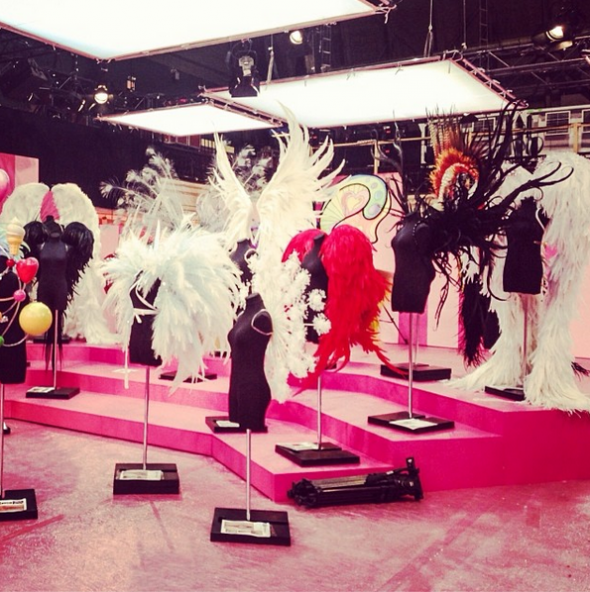 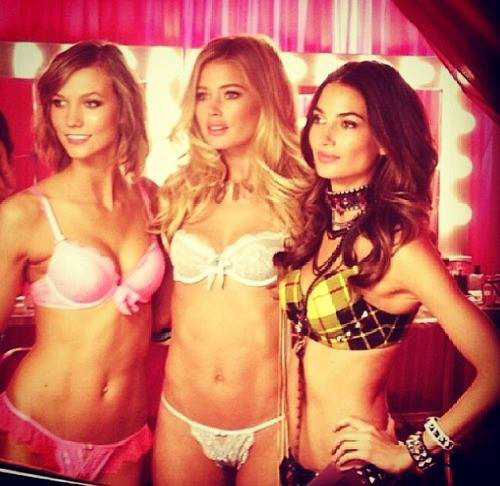 Backstage preview of the collection of wings ready to fly & just a few of the angels.

JIMMY CHOO CELEBRATES 2014 CRUISE COLLECTION WITH SANDRA CHOI AT NO. 8