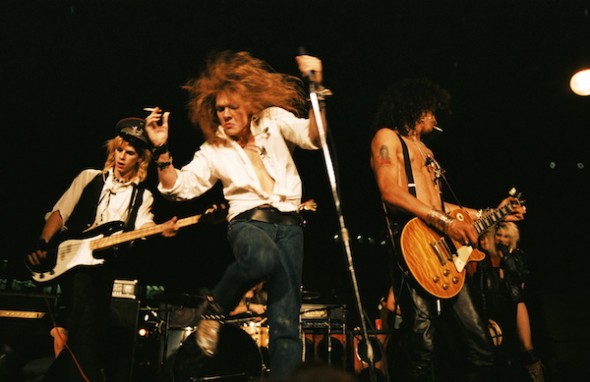 Not to discredit the popular music artists of today, but where have the good bands gone? It seems that with the rise of social media, self-made musicians getting famous on YouTube, popular tv shows like The Voice, and America’s fixation with DJs and hip-hop artists, big name bands producing chart-topping singles have gone the way of AOL Instant Messenger and pagers… almost obsolete.

In the way of Led Zeppelin, The Rolling Stones, Metallica, Guns N’ Roses, and AC/DC before them, even the mega name bands from the 90s have become a vintage taste that is acquired by some of today’s youth, but unfortunately will never be experienced at a live show. Most of the chart-topping bands that sold out arenas or at least made history are now just a distant memory or a station on Pandora. A handful of older, classic-rock bands are still able to sell out arenas if and when they are on tour. Take for example, The Rolling Stones, AC/DC (who are going on tour next year) and Metallica who just performed on the Late Late Show with Craig Ferguson. However, the vast majority of bands today seem to be lacking something.  They are lacking something in the way of originality, music that makes you think and feel at the same time, and rock and roll credibility.

Even though bands like Mumford & Sons or One Direction are topping charts, taking home awards and selling out shows, the image and the vibe is far removed from the days of Nirvana’s Kurt Cobain, The Rolling Stone’s Mick Jagger, or Gun’s N’ Roses‘ Axl Rose. The audience that associates with and follows One Direction primarily consists of 16-year old fan girls enamored with Harry Styles, who seems far from a rock god and more of a pretty face who is cashing in on the boy band/sugary-sweet appeal that today’s youth is so obsessed with. 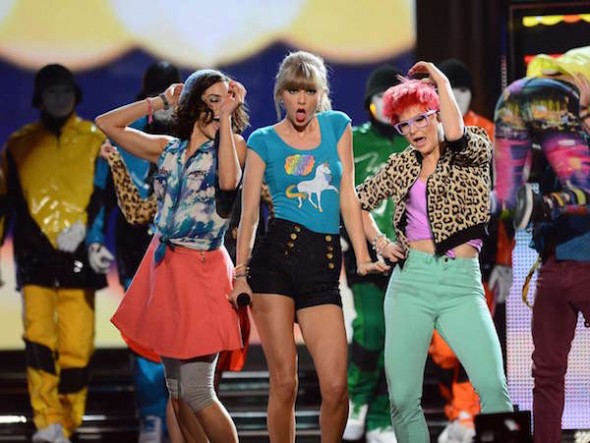 Take Taylor Swift for example: a solo artist who went from sugary-sweet country-esque to sugary-sweet pop hits, but is still singing about the same old, tired subject–her juvenile love interests and her little broken heart, or how she plans on avenging her broken little heart. Please. Is this what we call music now? Most of today’s artists, both solo and those in bands, rely so much on the image that they create around themselves to set themselves apart (even though they’re still kind of all the same), and push sales. Look at Miley Cyrus, the good girl gone bad. Once upon a time she was a Disney manufactured pop star on a tv show, and now she’s dancing naked, openly partying and drugging, swinging on a wrecking ball, dancing with stuffed bears, and trying her very hardest to be “cool” and “wild” and “original.” Sure, she’s making millions selling music, but just because she’s selling records, does that mean that she’s any good?

On top of America’s latest obsession with synthetically engineered, studio manufactured pop-tarts and clean-cut boybands, America also seems to love hip-hop (think bad boy Chris Brown or Drake) as well as DJs (Skrillex, Deadmau5, Avicii, and David Guetta). The worst trend seems to be the popular DJ remixes of the top 40’s hip-hop and pop songs. Whether you’re driving in a car, shopping in a store, or walking into a club, it seems like the same, catchy, top-40 songs are on repeat 24/7. These DJs are selling out clubs and playing festivals across the globe, but the majority of their music isn’t original.  The best DJs do have talent–not anyone can spin records or remix a song into something better than the original, but a lot of people sure do try.  It seems as though everyone is jumping on the DJ scene today, including Paris Hilton and a countless number of celebrity children.

With the exception of a few true rock pioneers making music today (Jack White for example), people are turning to the past for solid rock tunes. Every 13-year old boy who picks up a guitar will most likely develop an obsession with bands from the past, as he practices chords from Led Zeppelin, Cream, and Black Sabbath in his school music room. The pioneer bands of the 60s and 70s have the kind of longevity and timelessness that the pop bands of today are lacking. Even the grunge era of the 90s produced bands like Nirvana, Pearl Jam, Soundgarden, etc. that kids are picking up on now.

Ask any true music fan with a guitar what their favorite bands are. Sure they might appreciate a couple of DJs or list off a few pop songs that they like to listen to, but they will most likely list off bands from the past. Isn’t it time for that to change?