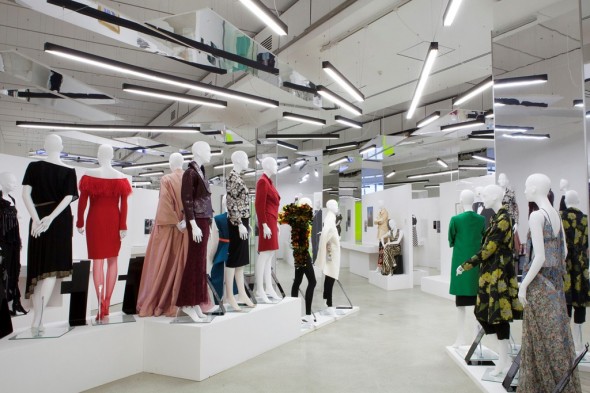 The Design Museum in London has opened their “Women Fashion Power” exhibition, which features a diverse retrospective of women’s fashion and how it works as a tool of self-expression and empowerment. Spanning over 150 years’ worth of clothes and the women who wore them, the exhibition was designed by Zaha Hadid and co-curated by fashion writer Colin McDowell and the museum’s head of curatorial, Donna Loveday. From 19th century corsets to dresses and shoes made by Yves Saint Laurent and Christian Louboutin, “Women Fashion Power” displays a variety of monumental fashion pieces that are both symbolic and empowering to women. In addition to garments and accessories, the exhibition also features an archive of photographs and film footage.

Anne Hidalgo, the mayor of Paris, flew in to London to present the opening of the exhibition. “The issue of garments, of how one dresses, is very important because the world of politics, is a world in where we add some authority,” she told WWD. “It’s also a world of power in which there are few women, and therefore women have no role models who can function as inspiration for clothes and shoes — formal presentation — which will guide their career.”