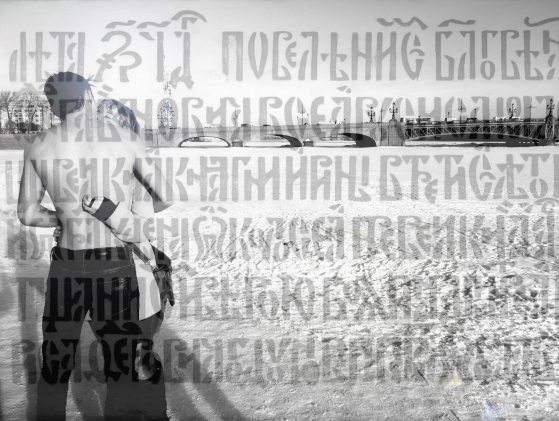 BOSI Contemporary will be presenting 50 Grams, a solo exhibition by artist Elizabeth Jordan. This symbolic and powerful exhibition features photographs taken in Russia, and is intended to offer Jordan’s personal view into the country’s culture, its traditions, textures, faces and landmarks.

Being an American of Russian descent, Jordan lived with her family in Russia for 11 years. During this time she felt there was nothing exotic about photographing something she saw everyday. Now, almost 10 years later, Jordan returned back to Russia to capture this familiar land through a new, romanticized lens — indicative of her emotionally resonant images.

“I have focused my career on developing countries, namely Haiti and India. This is my first show photographing Russia… Shooting in Russia as a mature woman gave me a different perspective from the 21-year-old girl who moved there in 1993. It allowed me to ‘see’ something new when looking at something I thought I knew well. It has changed my opinion on Russia and has helped me understand the culture in a new way.”

Being the daughter of a photographer, Jordan has been involved with art since a young age. But, it was meeting women on the streets of Rwanda that ignited her photography career, as well as her journey across the globe. Jordan has since traveled to Russia, Burma, Bosnia, Ghana, Malawi, Thailand, Rwanda, Kenya, Haiti, the Americas and India. She captures elements that are sometimes difficult to see, yet powerful, and presents them in a “pop” art-style photography. She takes images of harsh or tough subjects and exposes their softer side, making them beautiful and dignified rather than abhorrent and hopeless – without diminishing the critical state of the subject itself.