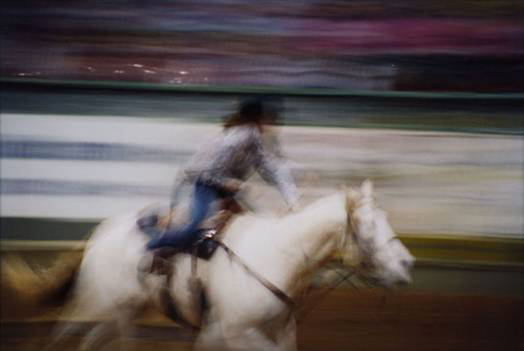 Taka Ishii Gallery Photography/Film is pleased to present Icon, a solo exhibition of works by Osamu Wataya, which will be on view from June 22 (Fri) to July 21 (Sat). In his 2010 series Juvenile, Wataya captured juveniles (juvenility is a state in which one holds a unique distance from “icons,” which are found throughout the world) of both genders caught between states of childhood and adulthood. With his latest group of works Icon, Wataya has approached these “icons” directly.

“Icons” provide archetypes upon which people can base their lives. They have the power to intimately evoke emotions and images in anyone that looks at them. They also provide groups of people with myths and inspirations. The word “icon” originally referred to images of gods of ancient Greece, saints of ancient Egypt, and Christian angels and god. For children and general people, representative images of gods were not only easy to accept, but also necessary. Icons also arouse feelings of loyalty, authority, nationalism, admiration, and paranoia. The colors that these icons wear also symbolize various concepts such as victory, truth, and purity. In this sense, American cowboys and the star spangled banner are the ultimate icons. The foundation of icons is visible form. At times even actually existing things instantly lose their form. As soon as their residual image is photographed, they take on characteristics similar to those of a photograph. For me, the blurred image of a cowboy, which the naked eye cannot see, is an ideal form and a photograph of an icon. It is, in other words, like an image reflected in the mirror. – Osamu Wataya

The photographs in Icon are intentionally blurred and seem to expose the mechanism through which cliché images such as cowboys and the star spangled banner function as “icons.” Rat Hole Gallery will publish Icon, a collection of the latest works, to coincide with the exhibition.