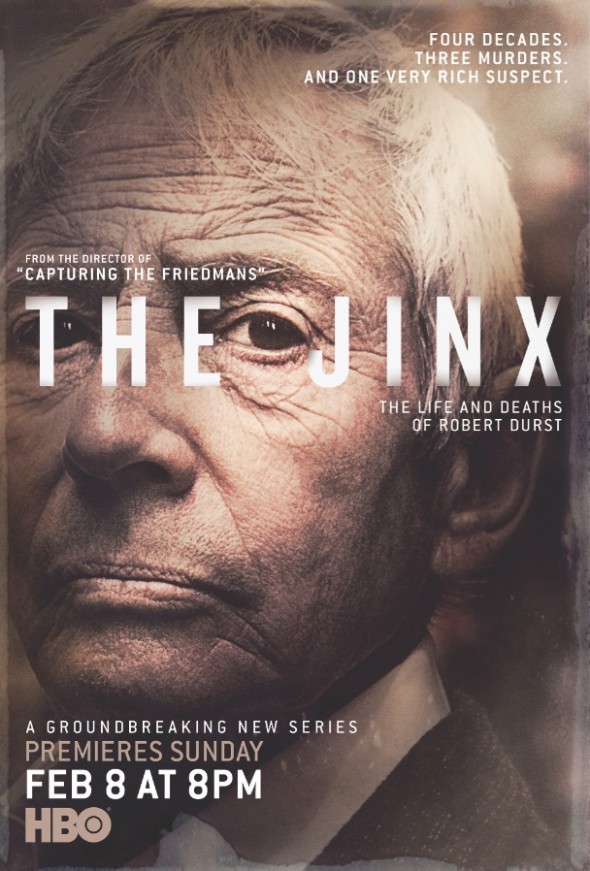 Robert Durst is a complicated man. He was accused of three murders in the past three decades but convicted of none, and is the son of a New York billionaire real estate mogul. Filmmaker Andrew Jarecki ‘s career has been encompassed by the man for nearly a decade. Shortly before the premiere of Jarecki’s  fictionalized account of the same story,  All Good Things – starring Ryan Gosling as the protagonist – Durst himself contacted the filmmaker and suggested that he interview him. Durst being a reclusive man known to reject interviews, Jarecki was both surprised and excited by the opportunity to speak in person with the infamous suspected killer. What followed the phone call was the making of The Jinx: The Life and Deaths of Robert Durst, a six-part HBO documentary series.

Durst’s face was first splashed across the tabloids for the disappearance of his wife, with whom he briefly lived in Vermont while working at a health food store (which the Gosling film takes its name from) before returning to New York City to help run the family developer business. The two lead an intense relationship marked by bouts of drunken violence, which eventually escalated to her unsolved disappearance in 1982, and the first murder in which Durst was suspected. Kate’s friends (Many of whom are interviewed in The Jinx) long believed Durst to be responsible, and even became “junior detectives” in searching for her. Then in 2000, her close friend Susan Berman, who was believed to possess knowledge of McCormack’s disappearance, was found murdered execution-style in her California home. In both cases Durst was a suspect but never charged.

Shortly after Susan’s death, Durst relocated to Galveston, Texas and began cross-dressing and using various aliases. His neighbor, Morris Black, was found dismembered floating in a nearby river. Durst was arrested for the murder yet released on bail. He then missed his court date, and was caught in Pennsylvania, at a Wegman’s Supermarket, after trying to shoplift a sandwich even though he had $500 cash in his pocket and $37,000 in his rental car.

“It was as if he wanted to be caught,” pondered Jarecki during the Q&a after the screening (also joined on stage by Jarecki was detective Cody Cazalas – a key player in the Texas investigation). During the trial, Durst admitted to “dismembering” Black but not killing him. Once again, he walked, and currently lives as a free man.

At the screening of The Jinx: The Life and Deaths of Robert Durst, in which the first two episodes of the series were shown, an audience member asked if HBO was timing the release with the success of the Serial podcast. Jarecki replied that the timing was interesting, but unintentional. He went on to explain that while Serial ends with more questions than answers, The Jinx leaves you with a pretty clear understanding of how the events unfolded, making me eager to see the remaining four episodes.

While the director’s hints as well as evidence presented in the first two episodes suggest that Durst is in fact, a guilty man, it is made equally clear how he was able to get away with it. He certainly has enough money for the best lawyers, and possesses an intensely intelligent personality that knows how to charm both an audience and a jury. As described in the documentary, Durst is a perfect “poor little rich boy,” living with more money than he ever knew what to do with, but having been put through his fair share of family feud and hardships, including witnessing his mother jump (or fall, depending on the news reports) to her death from the roof of their family mansion.

The title The Jinx is taken from a conversation during the interview in which Durst describes not wanting children, as he would have been “a jinx” for them. Charming yet frightening, he is a man who gets off on mind games and prevarications, yet he knows how to land a great punch line. The question of his guilt may remain unanswered, however he constitutes the perfect character: a captivating and endearing villain.