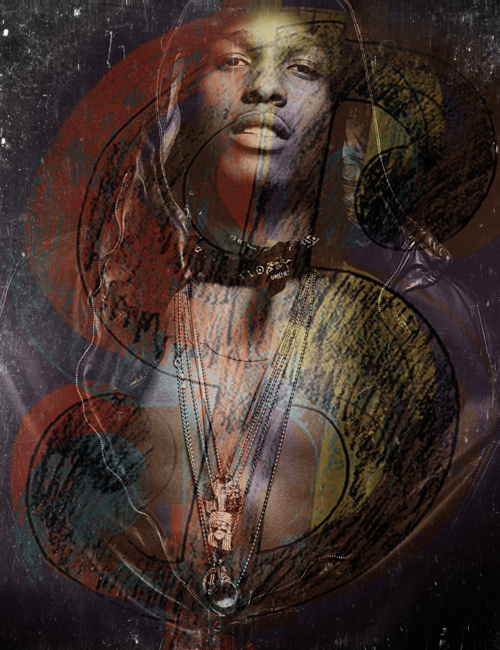 Have you heard of A$AP Rocky? No, not Aesop Rock, but A$AP Rocky, the 24-year-old wunderkind from Harlem, New York, who has tapped into what makes hip-hop heads tick in 2012, and is planning nothing short of domination when it comes to 2013. He is the self-described “pretty motherfucker”. The figure who pairs couture with gold grills; who a few short months ago no-one had heard of, but is now gaining global recognition; who represents a push towards a new breeding ground between hip-hop and everything else.

With little more than a mixtape to his name, A$AP Rocky managed to secure himself an unheard of $3 million dollar deal with RCA Records in 2011, with $1.7 million dedicated to the production of his first studio album, and the other $1.3 million as a nest egg to help foster his collective, A$AP Mob, and group label, A$AP Worldwide.

This is, for lack of a better term, interesting. Hype has, as a concept, always played a pivotal role in the narrative of hip-hop. In its earliest stages, an MC required the work of a hypeman to rile up the crowd in preparation for a thunderstorm of bars. Yet once hip-hop became decidedly profitable—thanks in large part to the East Coast/West Coast rap wars putting the genre on the map by first putting them in the headlines—the industry’s biggest labels (Def Jam Records, Death Row Records and the like) could suddenly afford to create hype as opposed to just relying on it.

This is what makes A$AP Rocky’s debut album, Long.Live.A$Ap, such an interesting moment on the cultural radar, as it manifests itself as both industry and street hype at the same time. The reign of A$AP Rocky, while still in its infancy, has come seemingly out of nowhere, built on a specific brand of industry promotion disguised as ambient buzz, and proving most prolific in the days since the new millennium. Through keen self-promotion, online hype, and big-label backing, A$AP has come to embody hip-hop’s new direction—a fusion of on-the-streets mythology and in-the-studio perfection.

Where once hip-hop was truly impenetrable—a genre with no interest in collaboration or hybridization—today, rappers are willingly incorporating the sonic elements of pop and indie rock into their sound. Which isn’t to say that A$AP lacks any degree of rap authenticity. Where 50 Cent’s debut, the last comparable “event” in hip-hop, felt more expertly curated—a hype concocted simultaneously out of both promise (Dr. Dre did produce, after all) and thin air—A$AP Rocky is a musical artist that’s coming about during a time when the rap industry is in a position of uncanny power, yet has to find a way to fit into a rapidly changing music cannon.

The mythology of the rapper, thusly, has changed. Where bullet wounds and a history of arrests were once vital to their personal brand—a sort of unwritten guarantee that they were a seasoned member of the streets and could speak of struggle aptly and with vigour—the nouveau rapper is no longer interested in just the confines of the block. Their goal is largely to be seen as artistic provocateurs, with a vision all their own and the empire to see it through. A$AP fits this new mould, but his role in the tonal shift of the Rap Industrial Complex has, of course, benefitted from the figures that have come before him, having dabbled and taken little bits and pieces of all their mythos. His flamboyance and love of fashion is largely thanks to Kanye West; his Harlem pride, the result of all the East Coast rappers who helped build the genre in its infancy; his ability to tonally match the cadence of his genre-mashing instrumentals come from an ear turned firmly towards pop melodies. Even his birthname, Rakim Mayers, finds its roots in hip-hop’s early icons, having been named after MC Rakim.

A$AP Rocky is in many ways a rapper who is affirming that the shifts made in hop-hop’s third decade are no fluke, but part of the genre’s overall evolution—tropes that are moving towards something. Where it’s moving remains unclear, but A$AP is a conscious player, strategic in the vision of his own place within hip-hop, at a time when genre means both everything and nothing. His collaboration with designers like Alexander Wang, as well as his embracing of the high fashion world from the very start, would be in stark contrast to his hardened, street-raised image, but the two traits are no longer mutually exclusive. Rocky’s now famous embracement of the gay community—long feeling the sting of hip-hop’s self-imposed distance—has been deemed progressive and significant in each and every utterance of his rising star status.

What A$AP has become in his short time on the radar is a true amalgamation of everything that has happened in the years since hip-hop went from underground genre to profitable industry. He mixes the cadence and drawl of the new millennium Southern rap, the laid-back rhythm of west coast production, and the unique sampling of New York greats. He represents progressive rap culture—a mix of the old guard and the new wave. With that, he sits between these two worlds, and represents the new step forward, which always involves looking backwards, and fooling people into thinking that you’ve been standing still the whole time.

Article by Rod Bastanmehr for The Untitled Magazine “Music” Issue 6