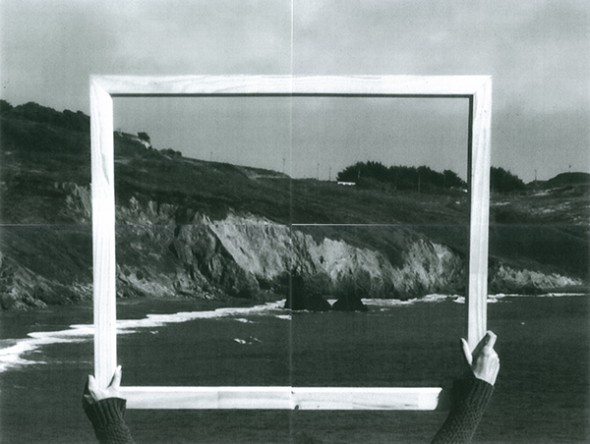 Johann König, Berlin, is presenting Amalia Pica’s solo show Low Visibility with a body of new works including sculptures and paper works as well as a performance. Pica continues her exploration of ways of communication and the celebratory as a space for cultural intimacy, reflecting on the distance between subjects and the means used to breach it, that is: ways to express messages and convey meanings, whether it is spoken or visual, human or mechanical language. Her work focuses on politics in the most encompassing terms: how we live together, how we communicate and how we understand (or not) each other.

Shutter telegraph (as seen on TV) is based on a signal system which was located on top of hills to convey simple messages in Morse code. The system was pretty straight forward, but was also quite limited, since it was constrained to weather conditions and, like many other systems, dysfunctional at low visibility. Likewise, a catachresis is a strained figure of speech. There is no specific word to describe the teeth of a saw, the leg of a chair, the neck of a bottle or the elbow of a pipe. Still, these metaphors are evocative enough to be immediately understandable. In the series of sculptures (Catachresis) speech is made visual, underlining the figurative aspect of these expressions.

On the opening night at 7:30 pm and every Saturday at 2:30 pm, a performer will activate Playing solo and indoors (mechanical jump rope) by telling about his/her week in banal detail. After a few minutes of combining speaking and jumping, his/her staggering voice will betray speech as an endeavour. We talk everyday without noticing it, but it is actually an effort to put one’s thoughts into words and say it loud, in a clear and understandable way.

“All forms are political, therefore, and all politics become form; this open-ended proposition would be callow sloganeering were it not for its allusion to a symbolic community of speakers and listeners – an imaginary selection of subjects called forth to materialize, in their own languages, the proximities and distances between andwithin complex geopolitical configurations.” Nuit Banai reviewing Pica’s show at MIT LIST Visual Arts Center, Art Forum, April 2013, p.265.