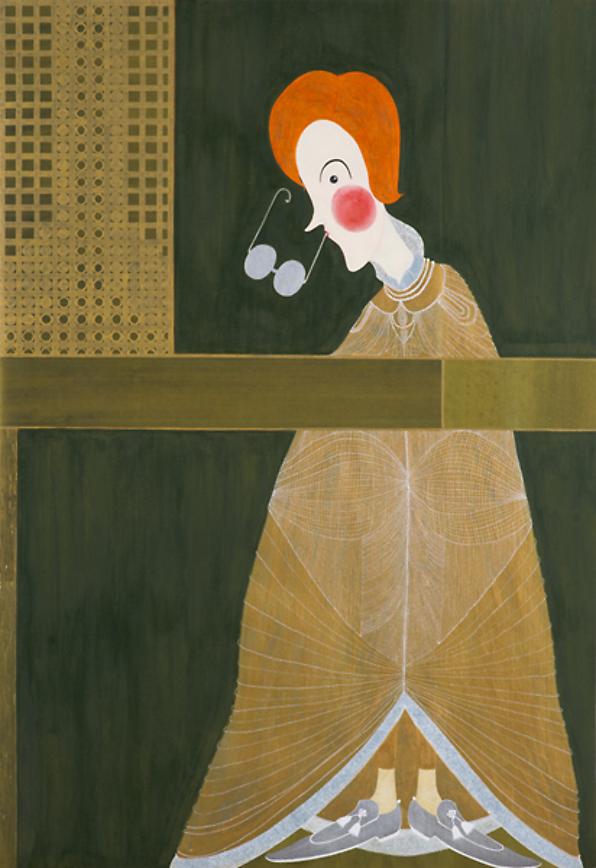 Jancou, Geneva is pleased to present “W lewo podwójnie myśli juź w trumnie, tak dŁugo dumnie odwiedźam Cie,” an exhibition of works by Brussels-based artist Dorota Jurczak. On view from March 14 through April 27, 2013, this will be Jurczak’s first solo show with the gallery and in Geneva.

The Polish-born Jurczak’s macabre and fantastical works combine influences from folklore and mythology, along with inventions of her own imagination. The figures in her work are predominantly indebted to Eastern European iconography and exist in darkly whimsical dream-worlds, surrounded by anthropomorphic animals, creeping woods, hair, and all manner of deformed creatures. Jurczak’s highly stylized works are like fragments of an ongoing surreal narrative that starts and stops without needing to make any sense.

Dorota Jurczak was born in 1978, in Warsaw, Poland and currently lives in Brussels, Belgium. She has been featured in numerous international exhibitions, including the 2006 Seville and Berlin Biennales. Jurczak has also presented her work at the Tate Modern, London; Van Abbemuseum, Eindhoven, Netherlands; Kunstraum Walcheturm, Zürich; CAPC Museé d’art Contemporain, Bordeaux; and MoMA PS1, New York.