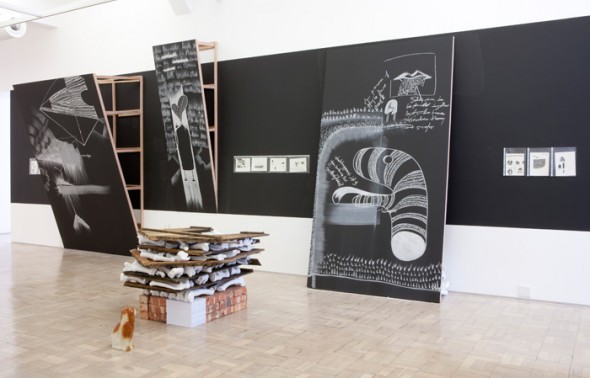 On November 29 through January 12, 2013 at the Stevenson art gallery in Cape Town, South Africa, Fiction as Fiction (or, A Ninth Johannesburg Biennale) opens in the third and final exhibition of the yearlong Trade Routes Project. This display pays homage to the 15th anniversary of the second Johannesburg Biennale, an art festival of pieces from around the globe that have played a unique role in African trade routes. Completing the Trade Routes Project, Stevenson will publish a catalogue of writing and images from the 1997 biennale as well as photos from the three shows organized this year.

0
The Untitled Magazine November 30, 2012
No Comments Yet