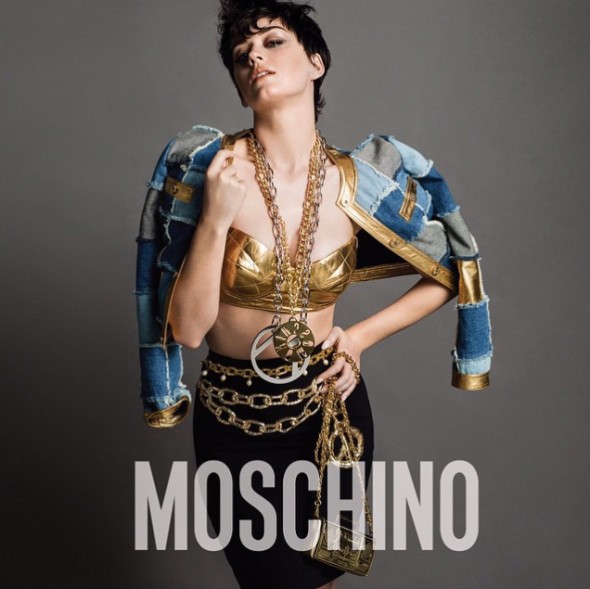 Katy Perry is the new face of Moschino and took to Instagram to prove it. For the fall-winter campaign she rocks the short haircut we first fell in love with at the Met Gala, which was attended on the arm of her dear friend Jeremy Scott, Moschino’s creative director. While blue wigs are fun, we dig the cropped cut because the focus is on Perry’s beautiful face – and in this case, the fabulous clothes. 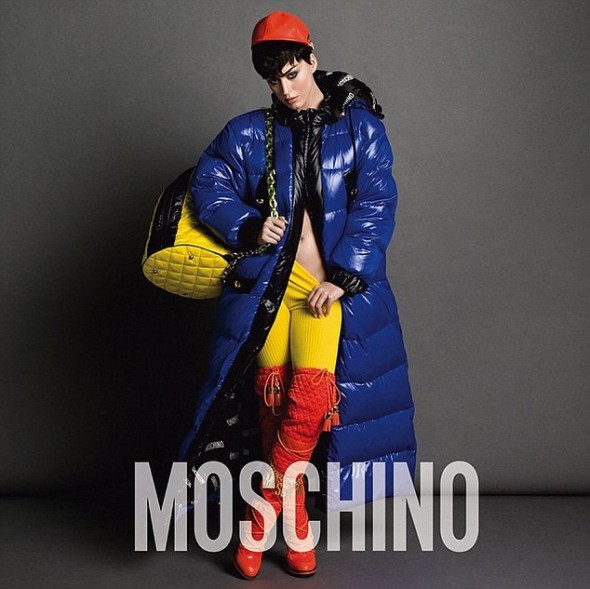 Scott has previously described Perry as his muse, so the choice isn’t surprising. He is also the designer behind many of her most famous tour costumes. 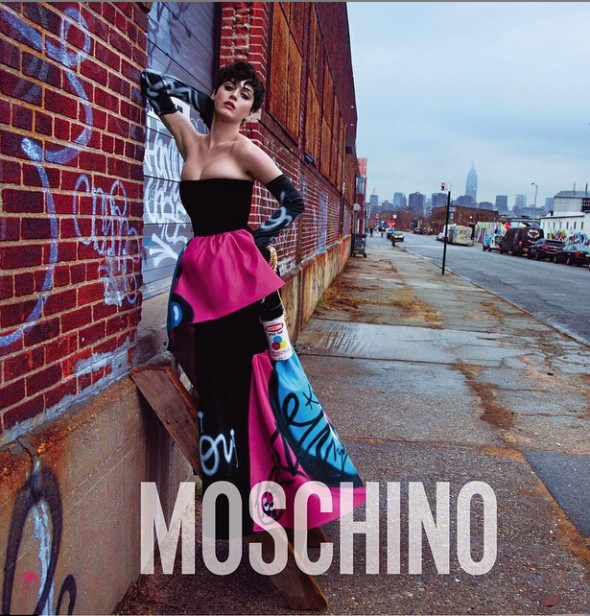 In the photos the singer models a graffiti gown similar to hers worn at the Met Gala, a carefully placed lavish fur coat, and signature Moschino gold bling – at times shot against an urban setting. Both bold and colorful, Katy Perry indeeds represents the cheeky line, and looks stunningly chick while doing so.