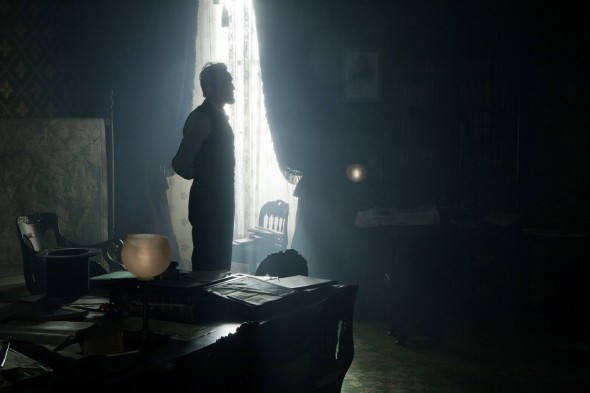 Directed by Steven Spielberg, Lincoln is a smart, political drama on the personal, political, and humanistic aspects of Abraham Lincoln’s life. Amidst a civil war, Lincoln pushes the 13th Amendment through the House of Representatives in a legal challenge against slavery and the war amongst the states. This puts political fractions against one another in a fight for tradition, values and basic rights. Making matters worse, Lincoln’s son, played by Joseph Gordon-Levitt decides to join the union in a patriotic rebellion against his parent’s wishes. This leaves Lincoln no choice but to find a resolution to the war at all costs.

Lincoln has very little physical action. Being focused in-part by the book, Team of Rivals: The Political Genius of Abraham Lincoln by Doris Kearns Goodwin, screenwriter Tony Kushner equips the screenplay with much political wit. Daniel Day-Lewis embodies the spirit of liberty and freedom as Abraham Lincoln. Day-Lewis’ soft-spoken tone throughout the film is whimsical, and at times poked fun at for his gentle demeanor.  Tommy Lee Jones is exceptional in the way he commands authority, almost stealing the spotlight from Day-Lewis. The visits to the battlefields are short-lived, but add severity to the political tensions.

This depiction of Lincoln is less celebrated and more politically realistic. Spielberg and Kushner show a candid Lincoln, unafraid to compromise and willing to bend the law for peace and unification. Lincoln as a family man is shown as a good father and loving husband whose struggle to balance family life and his presidential duties adds years to his face over the course of his tenure.

Lincoln appeals to all types of audiences for its memorable historical context and emotionally charged scenes. This film is not to be confused for the movie, Abraham Lincoln: Vampire Hunter, a dark, fictional tale on Lincoln’s fight to save the United States from confederate vampires.

– Jose Terrero for The Untitled Magazine

HURRICANE SANDY AND THE AFTERMATH

0
The Untitled Magazine November 6, 2012
No Comments Yet