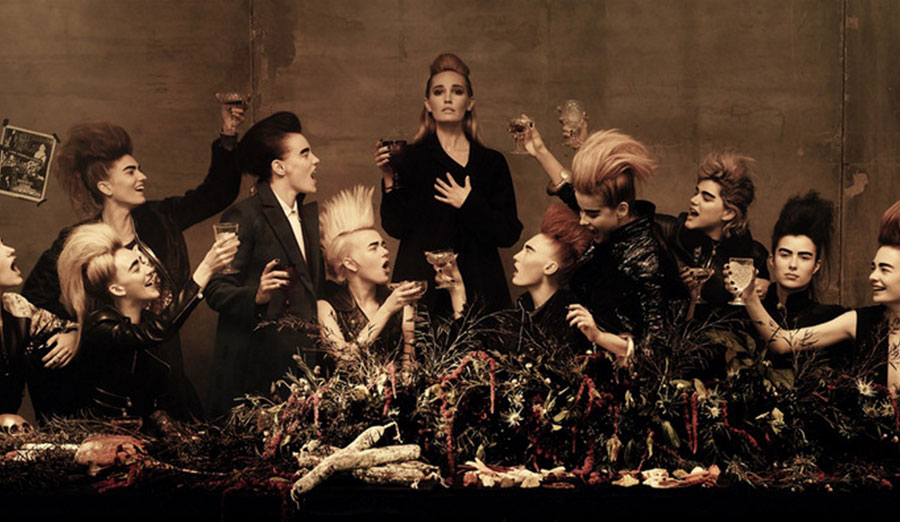 MILK Gallery presents a retrospective of photographs by acclaimed photographer, Michel Comte. The exhibition celebrates the 20th anniversary of MILK Studios as well as the 35-year career of Comte and his collaboration with MILK, who for the past two decades has handled Comte’s archive, provided his equipment and facilities, and served as the creative space in which Comte has worked almost exclusively.

On view in the Milk Gallery will be a wide sampling of more than 70 works and a film taken from the many projects and series Comte has shot over his 35 year long career—ranging from an ongoing series of mountainous landscapes focusing on climate change, to portraits of legendary visual artists. Themes of death and rebirth run throughout his subject matter and artistic approach, which he has channeled into lush fashion photography for clients such as Vogue, Vanity Fair, and Interview Magazine. Perhaps most essential to the Comte and Milk creative partnership is the largest work on view: a food scene that originated as a culinary story for Vogue, which evolved into a punk themed dinner and eventually a bucolic Victorian scene.

Comte was one of the first photographers to shoot at MILK in New York City after its inception in 1996, and the first photographer to shoot at MILK Los Angeles a few years later. Born in Zurich, Switzerland, and self-taught in the art of photography, Comte received his first international advertising assignment in 1979 from Karl Lagerfeld for the fashion house of Chloe. Within a few years, Michel Comte evolved to become one of the most sought-after fashion and magazine photographers in the world. As an artist, Michel Comte consistently transcends the limitations of he traditional fashion photographer, working in fashion, portraiture, reportage and motion pictures. Like MILK, Michel’s work and archive celebrates the past while looking steadfastly at the future. 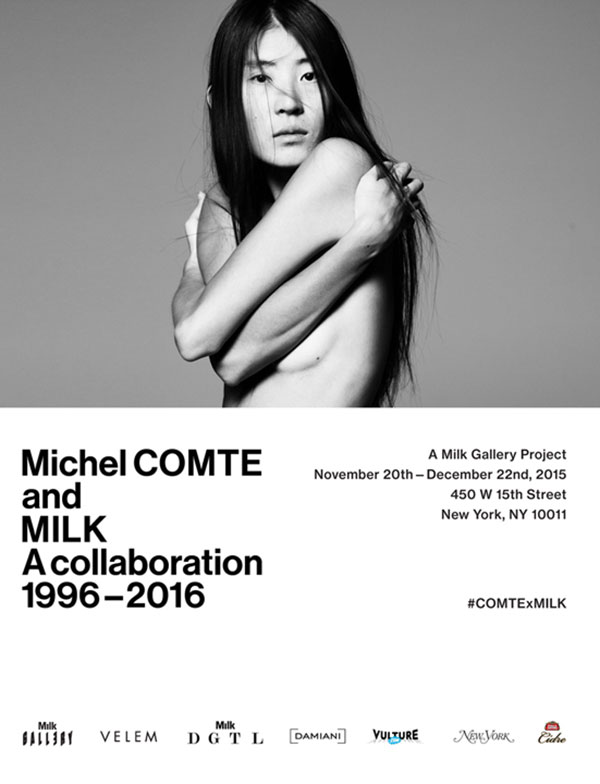