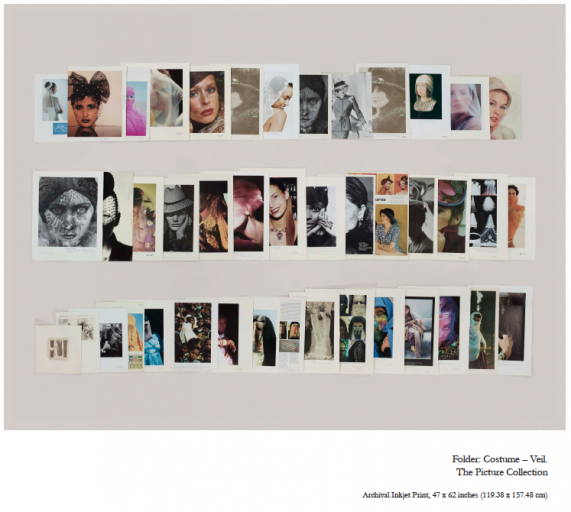 Almine Rech Gallery is presenting The Picture Collection, by artist Taryn Simon. The Picture Collection comprises forty-nine works created from the New York Public Library’s picture archive, one of the august institution’s lesser-known troves. The archive contains 1.29 million prints, postcards, posters, and images carefully clipped from books and magazines. Organized by a complex cataloguing system of over 12,000 subject headings, it is the largest circulating picture library in the world.

Since its inception in 1915, the Picture Collection has been an important resource for writers, historians, artists, filmmakers, designers, and advertising agencies. Diego Rivera, who made use of it for his Rockefeller Center mural, Man at the Crossroads (1934), noted that the scope of this image archive might go on to shape contemporary visions of America—suggesting that today’s “accidents” might be the basis for tomorrow’s collective understanding. Andy Warhol was also a frequent user of the collection, with a particular interest in advertising images—many of which were never returned.

A LOOK BACK AT THE LIFE OF LOU REED