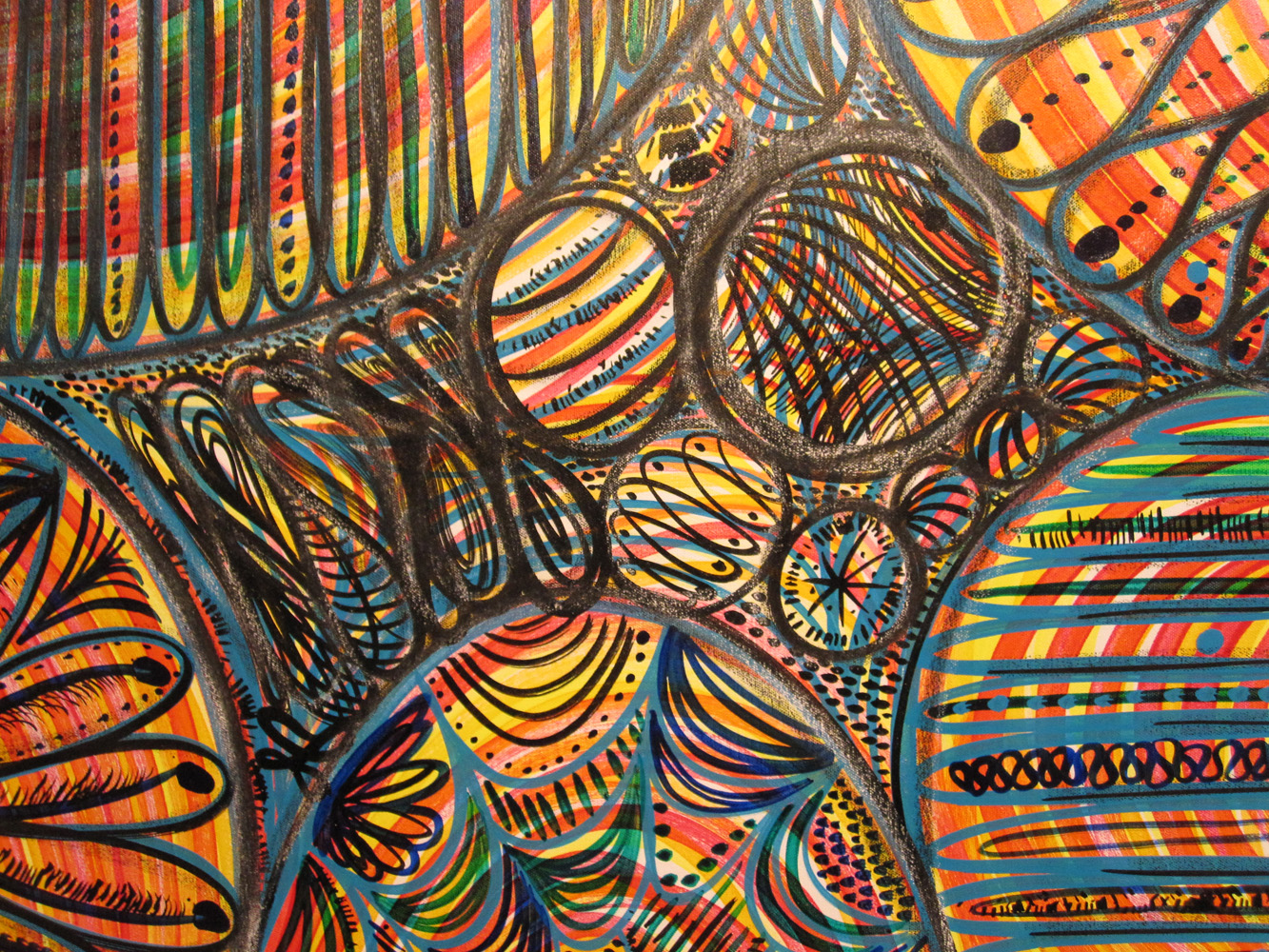 On September 9th, 2010, Anna Coroneo debuted a series of abstract artworks on canvas, studies on paper and photographs in An Endless Summer curated by Anne Huntington. Inspired by the notion of an endless summer, these works endeavor to explore nostalgic emotions of balmy seaside summer days, sultry, starry nights, sounds of laughter and lazy, lounging afternoons in lush surroundings. Botanical and marine life influences the art. Many of the paintings have an emphasis on line. Bright works in vibrant colors juxtapose the mostly black and white paintings, and heighten the contrast. Repeated lines within lines within lines intrigue the viewer and engage a maze-like search into one’s imagination. The artist recalls youthful games of cloud gazing exploring the idea of fantasy within the endless summers of her native Australia.

An Endless Summer is Anna Coroneo’s first solo show in New York City. The vivacity of the colors and expressive line work seem to be a perfect fit for Anna.  At the young of of 26, she has not only successfully presented her first solo show with an extremely rounded series of works, but has also launched her own fashion line of clothing available at various retails internationally, using the imagery seen in her paintings for the textiles of the fabric.  She keeps the designs of her clothes clean and linear, to show off the dramatic textile prints in their best light.  She studied at Parsons, The New School as well as the College of Fine Arts in Sydney before moving to New York City, where she is based. 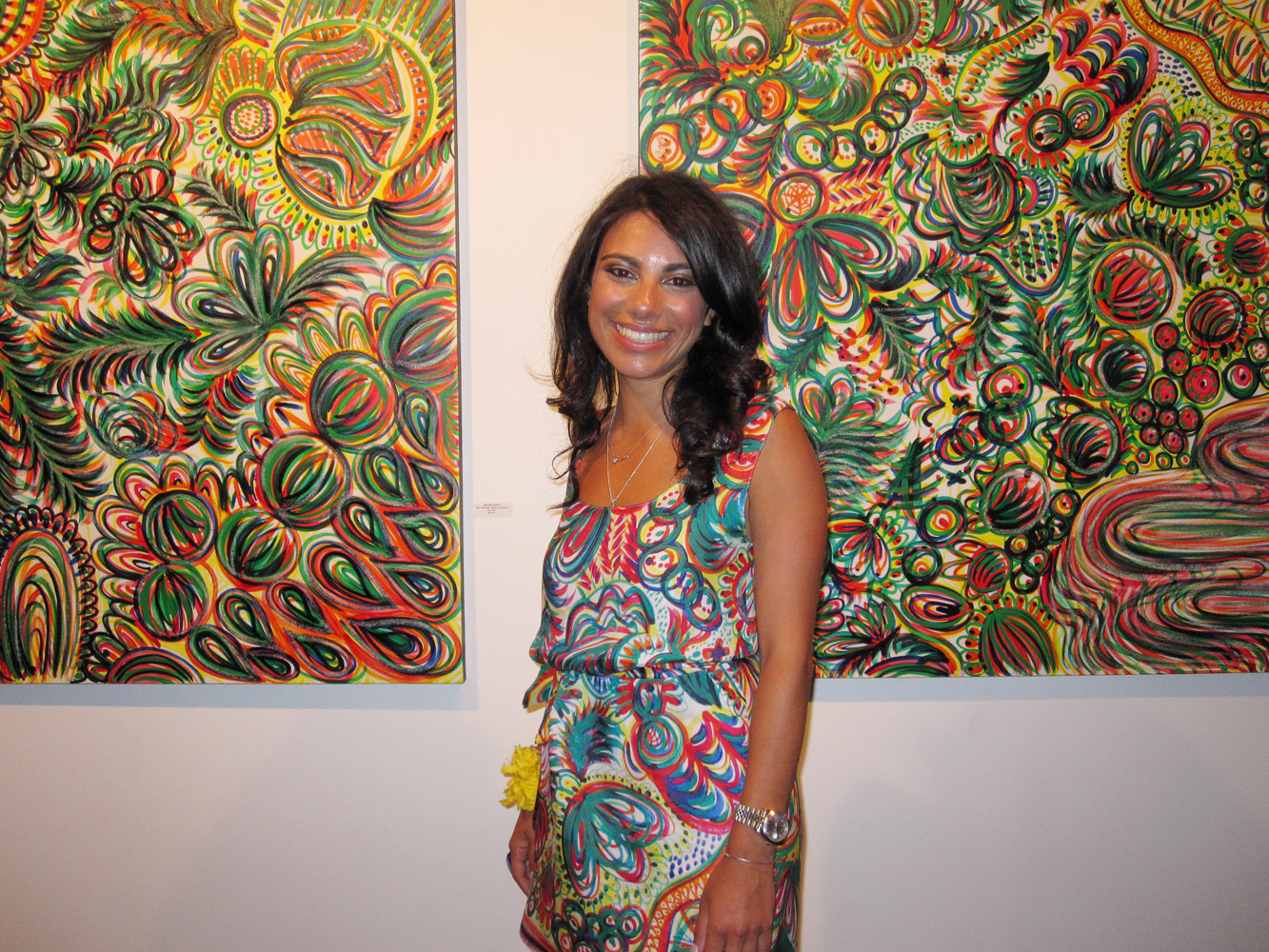 Anna Coroneo in front of one of her paintings, and wearing one of her designs. Her show is on until September 12th, 2010 at 638 West 28th Street, in the terminal building of the once famed nightclub, The Tunnel, in New York City.

0
The Untitled Magazine September 13, 2010
No Comments Yet