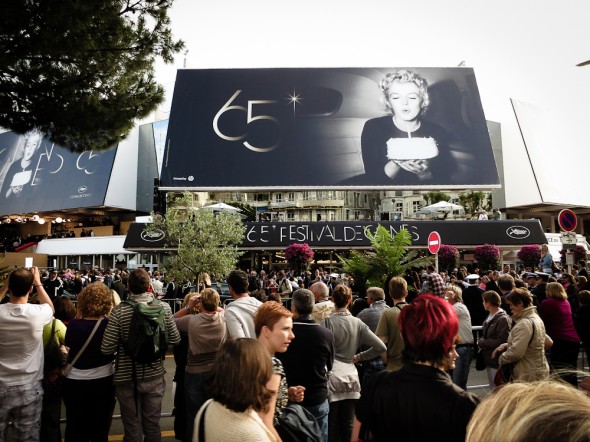 I arrived in Cannes on Thursday morning after a hideously early flight leaving London at 6am (that’s a 3:30am departure from my Notting Hill flat!) I took most of the day off to relax and settle in, checking in on a few emails and productions going on in New York and London between snoozing in the sun on the upper deck. Ah, to be in Cannes, it is always my favorite week of the year, sun, boats, movies and fun! This year I was invited on The Rose of Kingston by my charming host Richard Hains. A veteran of the festival, his boat is always in ‘pole position’  – the first boat in the port right next to all the action and directly across from le palais. 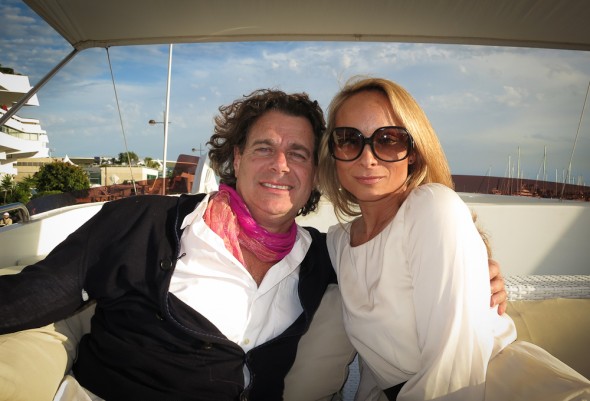 On the Rose of Kingston with my host Richard Hains

After a hectic few days in rainy London, the sunny south of France was a breathe of fresh air.  Photographer Mark Newton arrived in the afternoon, and we decided to explore a bit of the chaos unraveling around us with a walk down the croisette. There are quite a few interesting movies premiering at Cannes this year, and the excitement on the street was palatable. The Paperboy starring Zac Efron and Nicole Kidman, Killing Them Softly starring Brad Pitt, Lawless starring Nathalie Portman, Rooney Mara and Moonrise Kingdom starring Bruce Willis are some of the films in competition this year. Star struck movie-goers stood in front of the Palais desparately seeking spare tickets to the films, and long queues of journalists are waiting for hours to get into the best screenings. 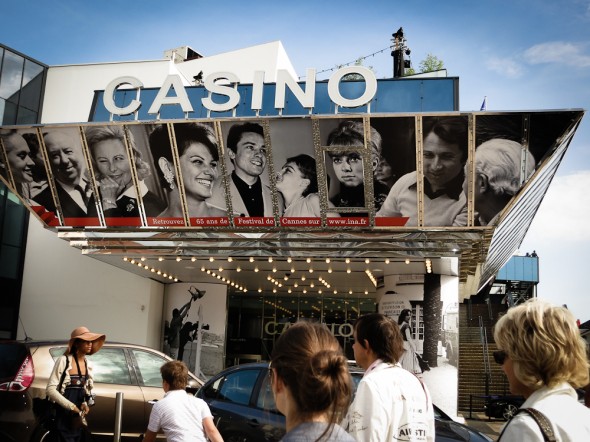 Iconic 50’s and 60’s film images give Cannes a retro glamour look on the streets this year. 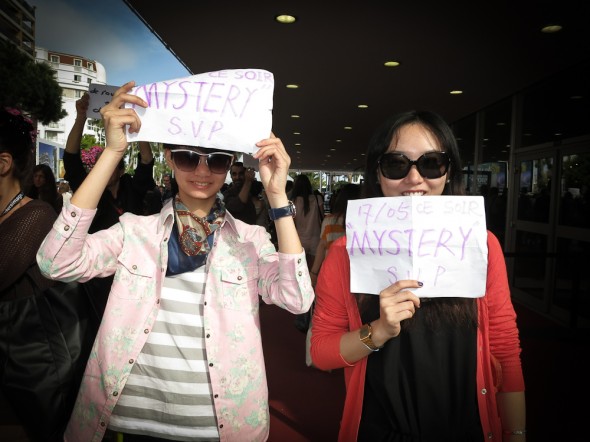 Movie fans in search of tickets lining the Croisette

After an early evening Wednesday night, I woke up refreshed and in a great mood, despite the grey skies.  We hit the Hotel du Cap for lunch, which was a bit quieter than normal, probably because of the rainy weather. The usual Cannes / du Cap crowd was there for lunch, Fawaz from Grisogono, Director Brett Ratner, Producer Lawrence Bender, actress Selma Hayak with husband Francois-Henri Pinault… bumped into a few friends including Andrew Mysko from New York and Magnus Fiennes from London.  A bit of rosé helped us get through eating lunch with the rain coming through the umbrellas…  After lunch we popped into Nikki Beach to say hi to owner Eric Omores and headed back to the boat to relax. 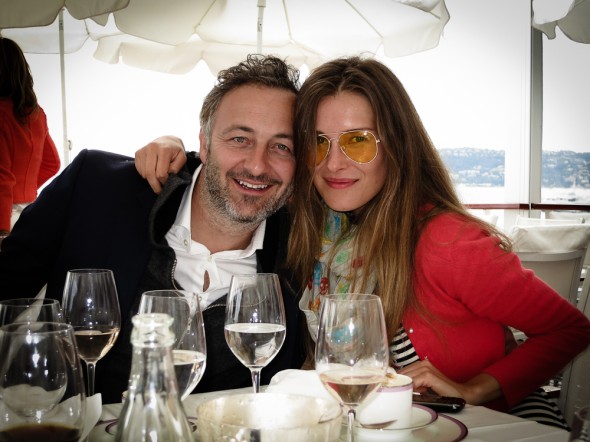 Mark Newton with model Ditte at the Hotel du Cap 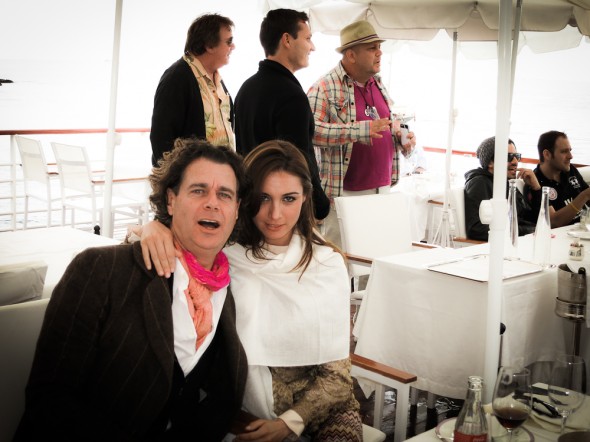 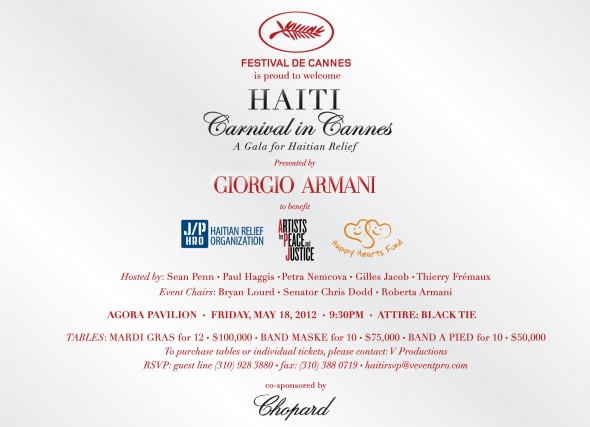 There were quite a few events everyone was talking about Friday night, including The Armani / Chopard Haiti Fundraiser hosted by Sean Penn; Denise Rich and Paul Allen’s private boat soirreés, and the Belvedere Vodka event at VIP with special concert performances by 80’s pop star Cyndi Lauper and the legendary Ronnie Woods from the Rolling Stones.  Lacking a spare $100,000 for the ticket to the Armani do, after dinner on the boat we headed to the Cyndi Lauper / Ronnie Woods concert at VIP Rooms, which did not disappoint. On our way there, we bumped into P Diddy, who opened at the VIP Rooms the night before and was heading to Paul Allen’s party. 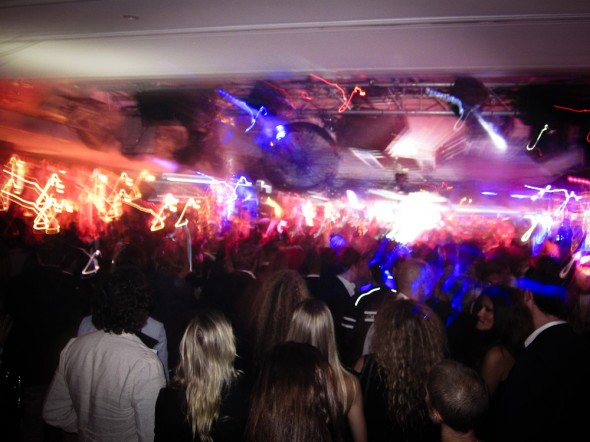 Read the full article here and more in the “Cinema” Issue 5 of The Untitled Magazine.