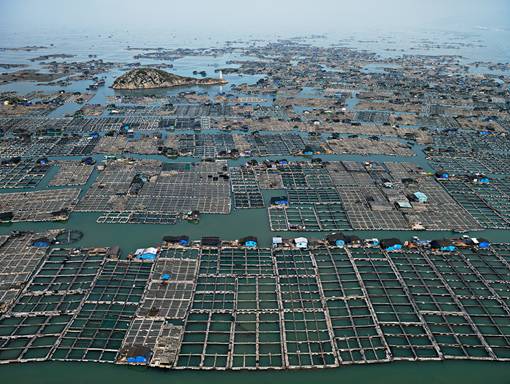 New York – Two exhibitions of new work by renowned photographer Edward Burtynsky will be on view from September 19 – November 2, 2013, at Bryce Wolkowitz Gallery and Howard Greenberg Gallery in New York. The exhibitions, both entitled Water, represent the artist’s largest and most remarkable project to date, tracing in intricate detail humanity’s complex relationship with the world’s most vital natural resource.

The dramatic large-scale photographs from 2007 – 2013 document the scale and impact of  harnessing and consuming the world’s water supplies in the U.S., Canada, Mexico, Europe, Iceland, Asia, and India. Burtynsky chronicles the various roles that water plays in modern life: as a source of healthy ecosystems and energy, as a key element in cultural and religious rituals, and as a rapidly depleting resource.