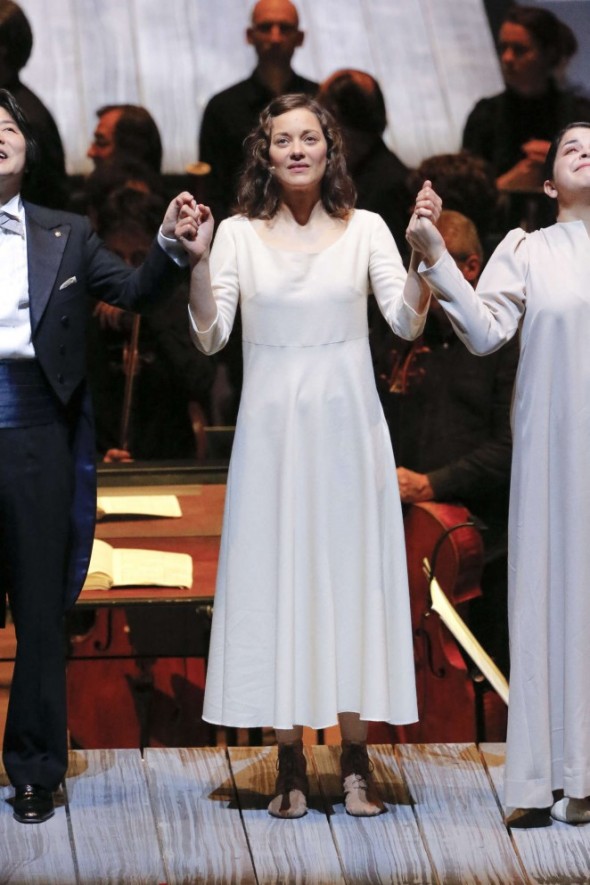 Oscar winner Marion Cotillard will be playing the lead in “Joan of Arc at the Stake” as part of the season finale for the New York Philharmonic. The production will be moving from Paris to New York. This will be Cotillard’s Philharmonic debut.

This will be the U.S. premiere of director Come de Bellescize’s production of “Joan of Arc at the Stake.” This specific production first opened in Japan in 2012 at Seiji Ozawa’s Saito Kinen festival. It has since toured in France with Cotillard. She has frequently played this role since 2005, and this was a role also played by her mother, Niseema Theillaud.

“Joan of Arc at the Stake” (J’eanne D’Arc Au Bûcher), tells the story of Joan of Arc, who was famously noted for leading the French army to victory in the longest-running war with England at only 18 years old, with absolutely no army training. She was then captured by the Anglo-Burgundian forces, and was tried for witchcraft & heresy. This dramatic ortario, written by Arthur Honneger in 1938, records the final days of Joan of Arc before being burned at the stake in 1431.

Bellescize commented, “The whole world meets together in New York, and I think there is something universal to say with this production.”