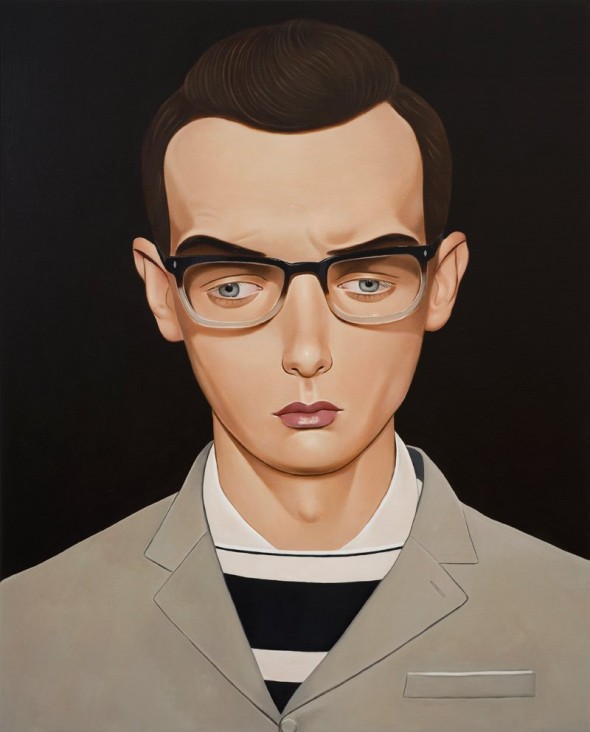 OPEN TO THE PUBLIC NOVEMBER 8- DECEMBER 22

In his second solo show at Tracy Williams, Ltd., Auckland-based Peter Stichbury continues his investigation into the psychological positioning and hierarchical maneuvering of individuals in response to particular social conditions and virtual environments. Through the superfluous man and his close ally the Byronic hero, Stichbury riffs on this interplay – as poignant and layered now as it was 150 years ago when the superfluous man personified these issues.

The predicament of the superfluous man, the Russian literary archetype developed by Turgenev, Dostoevsky and their contemporaries from the seed of the Byronic hero, reflects aspects of the present. Today the focus on achievement and externally determined goals can lead to a sense of not achieving anything of significance. The alienating factors differ, certainly, but the effect on the subject is similar.

Whereas the superfluous man’s position of wealth and privilege led to his disillusionment with what appeared to be a superficial existence, in which he saw no real role or function for himself, the contemporary superfluous man is reduced to a state of entropy by a culture of self involvement in a paradoxically starved but saturated environment. Both archetypes share cynicism and a lack of purpose that erode a life that is in real terms one of privilege. Although outwardly socially and sexually dominant, for both, introspection becomes a primary mechanism of adaptation, an attempt to address the dilemma.

Similar to his previous presentation at the gallery, The Proteus Effect, in which highly stylized portraits of archetypal personas were culled from contemporary social media, Superfluous Man depicts variations on a cultural figure rather than specific individuals. As scholar David Patterson notes, the superfluous man is “a paradigm of a person, who has lost a point, a place, a presence in life.”

For more information, please contact Jacqueline Mabey at 212.229.2757 or jacqueline@tracywilliamsltd.com.

MICKALENE THOMAS: "HOW TO ORGANIZE A ROOM AROUND A STRIKING PIECE OF ART" AT LEHMANN MAUPIN - NEW YORK - NOVEMBER 1 - JANUARY 5