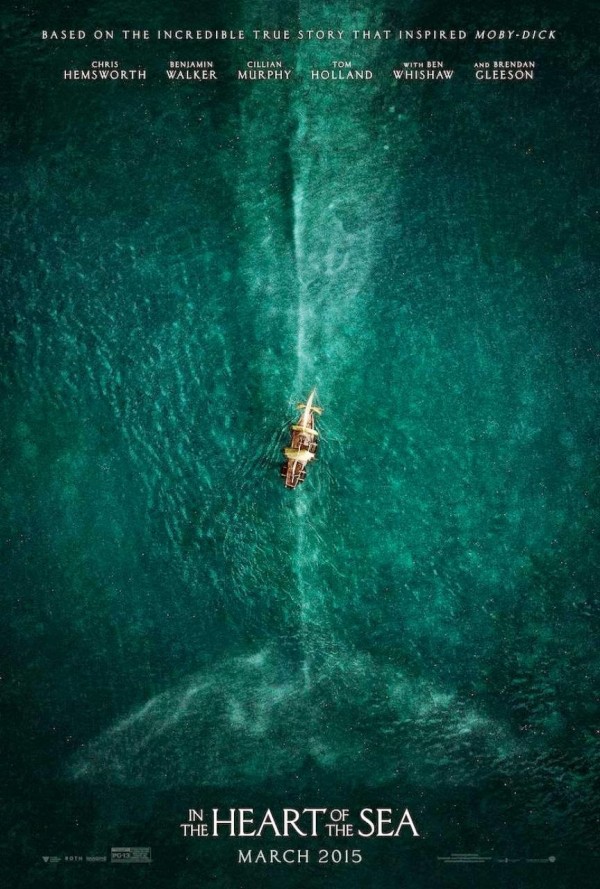 Directed by Ron Howard (Apollo 13, A Beautiful Mind) and produced his longtime collaborator Brian Grazer, In the Heart of the Sea recounts the sinking of the American whaling ship Essex in 1820, which inspired Herman Melville’s classic novel Moby Dick, published in 1851.

Chris Hemsworth (Thor, The Avengers) stars as Owen Chase, a first mate from the famous whale ship that wrote about the ordeal in Narrative of the Most Extraordinary and Distressing Shipwreck of the Whale-Ship Essex in 1821, and presumably served as the inspiration for Ishmael, Moby Dick’s narrator and the sole survivor of the Pequod. 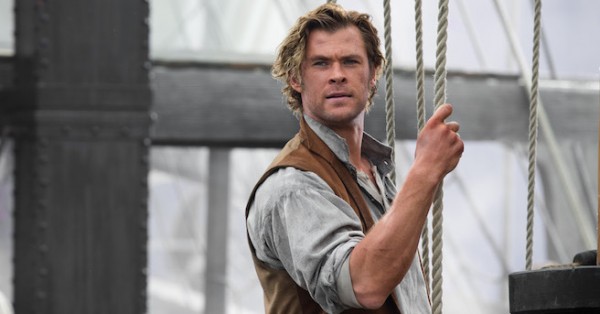 Although development dates back to 2000, with Barry Levinson (The Natural, Rain Man) set to direct, filming didn’t began until September 2013, and took place at Leavesden Studios in Hertfordshire, England and in the Canary Islands in La Gomera, Spain. Hemsworth stated that he and the other cast members lived on a diet of 500-600 calories per day in order to prepare for the role of a starving sailors.

Directed by Ron Howard and distributed by Warner Bros. Pictures, In the Heart of the Sea was originally due out this past spring, but is now slated to hit theaters everywhere on December 11, 2015.

See the trailer for In the Heart of the Sea below.

ACTORS SPEAK FOR THEMSELVES IN “THE CRUCIBLE” BY VAN HOVE – REVIEW