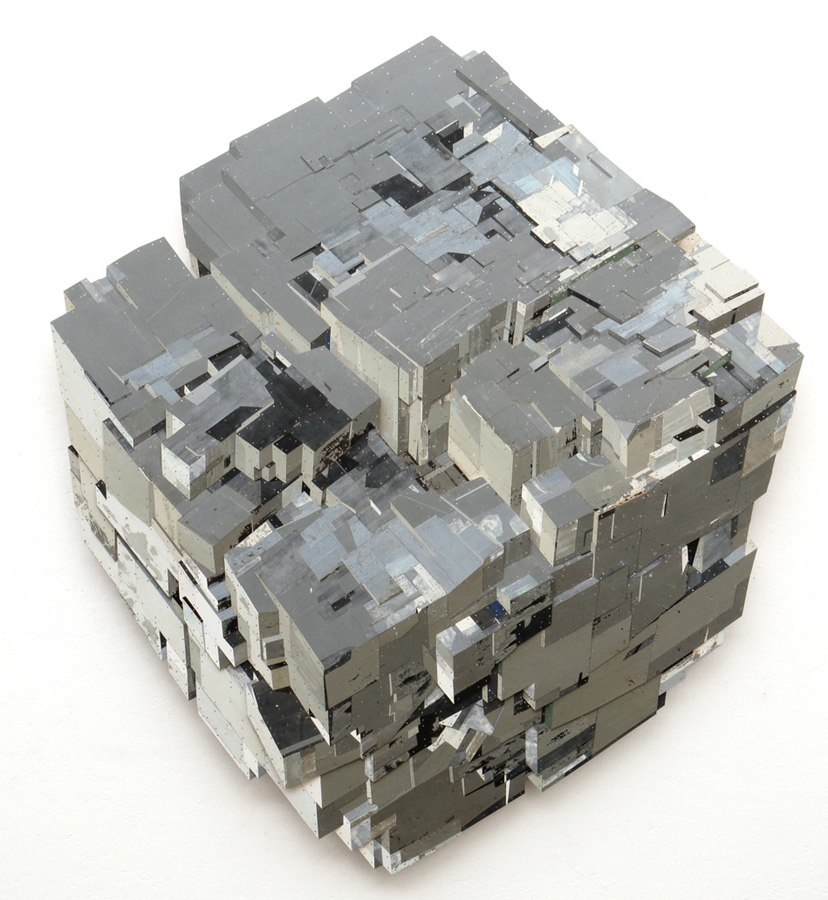 Phasmid is the scientific classification for stick insects. The title suggests a parallel between the insect’s evolved camouflage and the artist’s wood skin constructions, which serve as trompe l’oeil surrogates for their real world counterparts. The phasmid’s ability to hide in plain sight is analogous to Van der Ende’s interest in commonplace themes, in particular objects and forms rendered invisible by their ubiquitous nature.

Van der Ende evades the pursuit of the new in favor of the known.  His work intensifies natural and man-made forms in a manner that echoes Otto Dix’s assertion that “the object comes first, and it is the object that orients form.”  Each of the exhibition’s bas-relief sculptures investigates the formal possibilities of spatial representation in two dimensions while drawing aesthetic cues from the histories of typography, architecture and design. The exhibit’s diverse themes span the Industrial Age and mineral systems and are united by an equal sense of prospect and dread.

Fm3m / Salt, depicts the growth structure of halite, more commonly referred to as rock salt.  The imposing scale transcends the banality of the substance and is magnified to Biblical proportions. The looming raw cubic composition alternately suggests architecture and interplanetary debris, conjuring both science and science fiction. Whereas Fm3m / Salt is reminiscent of celestial origins Cyclotron directly refers to the solar system by illustrating data that estimates the amount of space debris generated per nation in a structure akin to a circle graph. The shape of this ominous floating ring is partially derived from a wooden split-pulley wheel, an innovation that helped propel the Industrial revolution with its utilization in factories powered by wind, water and later steam and combustion engines.

Type Stack (BENWAY) is Van der Ende’s first foray into typography and is arguably the most cryptic work in the exhibit. This monochrome haphazard pile of letters resembles cast offs in a sign shop rendered obsolete until assigned order and context.Type Stack (BENWAY) alludes to Dr. Benway, an arch villain in several William S. Burroughs novels. Compositionally the work is in stark contrast to Cold Storage, a stack of steel beams that exude ordered sobriety and an air of quixotic capitalism, and yet both offer latent passage info a future unknown.