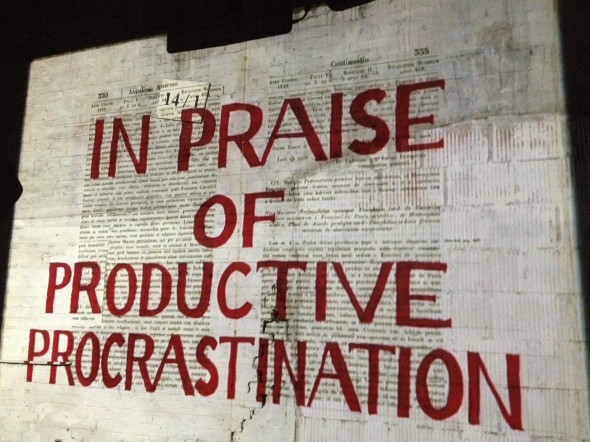 The Refusal of Time

Among Kentridge’s most complex and ambitious work to date, the piece represents a key development in the artist’s recent practice, with the incorporation of major sculptural and kinetic elements in an immersive multi-projection environment.

The Refusal of Time is a joint acquisition by purchase and will have its United States premiere at the Metropolitan Museum from October 22, 2013, through May 11, 2014.

“The acquisition of The Refusal of Time signals the Metropolitan’s strong commitment to the art of today, and we are thrilled to share this work with SFMOMA,” says Thomas P. Campbell, Director and CEO of the Metropolitan Museum. Regarding its premiere in New York, he continues, “As the steward of 5,000 years of artistic heritage from all corners of the world, the Met offers a unique and global context in which to explore Kentridge’s remarkable meditation on the history of standards and measures of time.”

“Refusal of Time offers viewers a powerful multisensory experience that builds upon Kentridge’s history of creating humanistic, politically urgent, and truly extraordinary hybrid work,” says SFMOMA Director Neal Benezra, who co-curated a traveling Kentridge retrospective in 2001, one of the first exhibitions to widely introduce the artist’s work to U.S. audiences. “SFMOMA is thrilled to collaborate with the Met on joint stewardship of this important work, which furthers our broader vision to be an international showcase for the most boundary-pushing art of our time.”