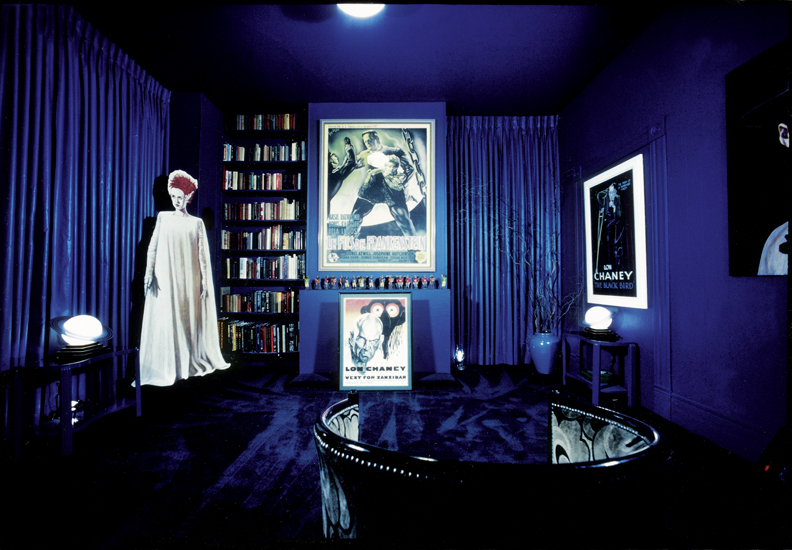 Sprüth Magers London is delighted to present an exhibition of work by the iconic filmmaker and artist Kenneth Anger, in his second solo show at the London gallery. Icons will bring together an archive of photographs, scrapbooks, letters and memorabilia from Anger’s personal collection, offering an insight into the unique vision of an artist widely acclaimed as a pioneering and influential force in avant-garde cinema, whose influence extends through generations of film makers, musicians and artists.

Making films continuously since the late 1940s, Kenneth Anger is considered one of the most original filmmakers of American cinema and a countercultural icon. His groundbreaking body of work has had a profound effect on mainstream film directors such as George Lucas and Martin Scorsese, particularly in the application of a cross-cutting editing style and the integral use of pop music. Furthermore, post-war popular visual culture, from queer iconography to MTV, owes a debt to Anger‘s art. In particular, Anger has been cited as a major influence on the aesthetic of music video, with its emphasis on dream sequence and elevated affect, and his own soundtracks have featured collaborations with Mick Jagger and Jimmy Page, amongst others.

The archive Icons will be exhibited across two rooms, painted midnight blue and crimson red, to replicate the way in which the collection was on display at Kenneth Anger’s home in Los Angeles. An occupation with Hollywood began as a child when Anger would visit film sets with his costume designer grandmother. Ranging from tabloid and magazine covers, to posters and illustrations, the archival documents on show, gathered over many decades, reveal the extent of Anger’s fascination with the industry and the Golden Age of Hollywood. Centered on figures such as Greta Garbo and Rudolph Valentino, the memorabilia evokes the world of the classic studios and the mystique of its stars, and reveals the inspiration and source material behind the filmmaker’s infamous celebrity gossip books Hollywood Babylon, published in 1975 and 1984. Delving into Hollywood scandal and excess, these publications, like his films, serve to highlight the very ambivalent dynamic between the cinema audience and the stars they worship and destroy. Here, images from contemporary pop culture and of Hollywood stars are taken out their usual structures of representation and put into a new, perverse context intended to disturb customary modes of perception.