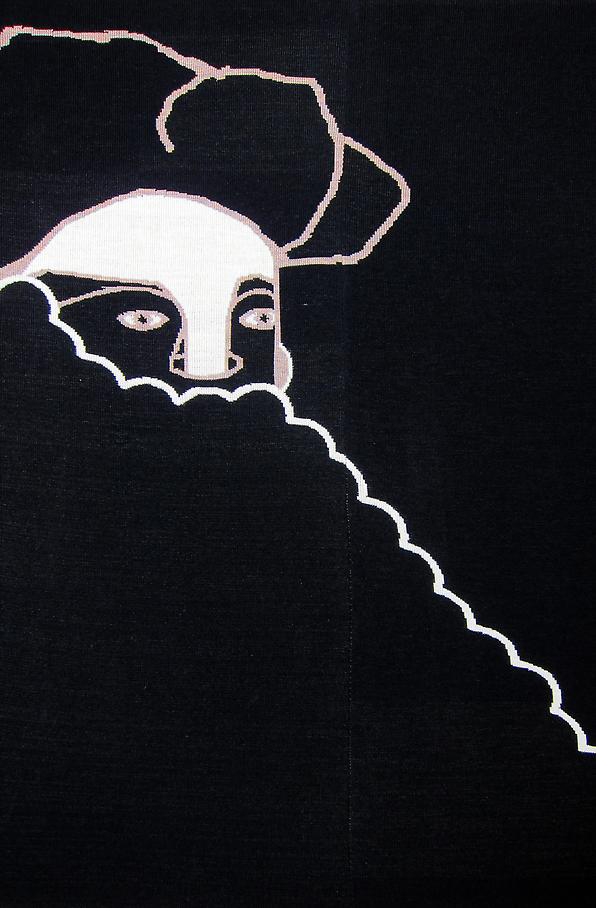 Jancou, Geneva is pleased to announce an exhibition of new works by Renee So. Opening on Wednesday, June 6th from 18h to 21h, it will be on view through Saturday, July 28th. The exhibition- the artist’s first in Switzerland- will present two knitted pictures, two sculptures and a ceramic relief.

This new body of work mines centuries of art historical traditions and styles, from royal Roman portraiture to medieval tapestries. A central subject shared by all of the works is the figure of a bearded man with a broad, jutting brow and bulbous, curled facial hair. This character is inspired by the bearded and pot-bellied stoneware vessels that were imported from Rhineland, Germany to England from the 16th to 18th centuries. Dubbed Bellarmine ware, the jugs were used to store wine or ale. While the face carved on their surface represented the Dionysian ‘wild man’ of popular European folklore, they took their name from the Italian cardinal and saint Roberto Bellarmino (1542-1621).

With their simplified, geometric forms and carved features, So’s sculptural depictions of the bearded man take on a solemn, museological feel, reminiscent of carefully restored classical artifacts. The cropped face and gilded surface of her ceramic relief also harken back to an earlier period, bringing to mind the gleaming, solemn faces of Byzantine icons. In one of So’s knitted pictures, we see a different, more dynamic side to Bellarmine- here, he sits cross-legged on the floor in black pantaloons, a second face emerging from his beard as he plays with a lithe canine companion.