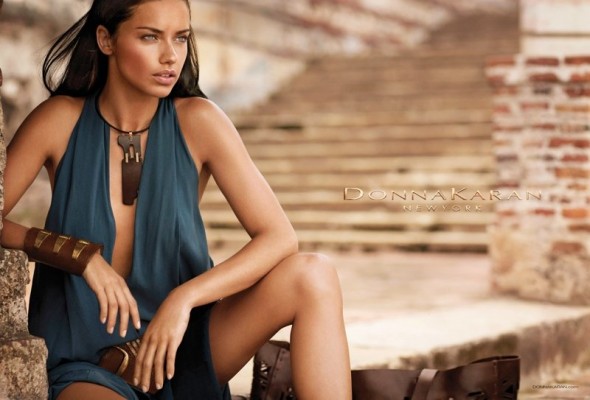 Brazilian top model and face of Donna Karan since 2012, Adriana Lima returns for the designer’s Spring/Summer 2014 campaign. Returning to Haiti for another high-profile shoot, the designer has made a bold move to smooth over old controversy after the highly criticised Spring 2012 shoot in the region.

The campaign was photographed by none other than Russell James, with Lima starring alongside Spanish Chanel regular Andres Velencoso Segura. Best known for her work with Victoria’s Secret, the 32-year-old has been featured in the Pirelli calendar twice – setting the record for being the first ever pregnant woman to be featured in the edition. Flanked with bold, chunky accessories, treated leather and patterned tribal prints, Lima’s flawless bohemian aptitude compliments the earthy Haitian setting. 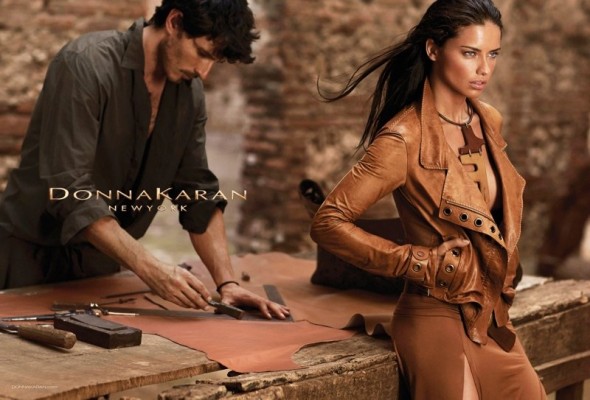 Lima’s Haiti-set campaign brings to mind Donna Karan’s Spring 2012 collection and the controversy surrounding the campaign. Although the shoot was inspired by the designer’s extensive charity work in Haiti, the shoot was portrayed as insensitive to the region’s extreme post-disaster poverty. The chief campaign photo featured a glamorous Lima posing in a destroyed infrastructure while two Haitian locals looked on in the background. Commentators questioned the brand’s intention, as the opulent campaign was released during a time when the country was facing unimaginable poverty. 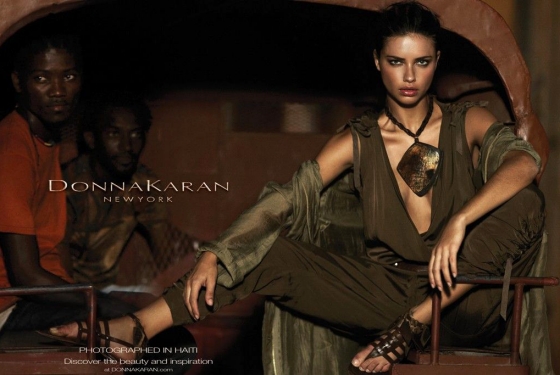 Despite the scrutiny, Karan was quick to explain her long-time influence from Haiti and the charity work she had invested – the designer spent time in Haiti following the tragic earthquake, developing initiatives for exporting Haitian craftsmanship and artistry while rebuilding communities. With the Spring/Summer 2014 campaign once again shot in Haiti, Karan has smoothed over any remaining rocky ground, boosting her support for the country and focusing more positively on the collection itself.